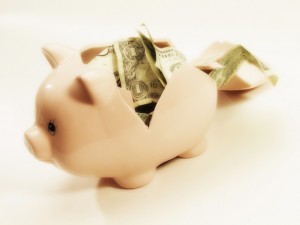 The nation of Greece has a current population of 11.3 million people, which is just slightly fewer than the number of people who reside in the state of Ohio–roughly .165% of the global population. Its economy (measured by GDP) is roughly .478% of the world’s total, falling somewhere on the global list behind Colombia, Iran, the United Arab Emirates, and one rung ahead of Malaysia.

Yet for some reason, we are not receiving daily reports about the economic situation in Columbia, the United Arab Emirates, or, really, any other country on a daily basis. What happens at the teller windows of banks in Singapore, Turkey or Sweden are not widely reported in the global press, and they do not drive the performance of U.S. stocks on a daily basis.

So you would be justified in wondering why global stocks have been falling on news that (as reported virtually every you look) Greek citizens took 1.2 billion euros out of their banking system during a two-day period, at times causing those banks to run out of cash on hand before noon. And, of course, the answer is that we are all spooked when somebody panics in our midst. The lines at Greek teller windows have scared (this is a complex economic term) the bejeebers out of investors who imagine that the Greek banks are insolvent.

Actually, the opposite is true; Greek banks are about to regain access to loans from the European Central Bank, which has already lent 100 billion euros under its European liquidity operations. Meanwhile, according to Capital Economics (based in Toronto, London and Singapore), Greece’s central bank has a program in place called Emergency Liquidity Assistance (ELA) which functions much like America’s Federal Reserve system. The Greek parliament has approved ELA of up to 90 billion euros, and the troubled Greek banks apparently have plenty of collateral left to gain such funds.

Compared to all this, 1.2 billion euros should not be too much of a shock to the system–even if people continue drawing out their savings. But that raises an interesting question. If the bank solvency is guaranteed, and we are not looking at a run-on-the-bank scenario, why would citizens be pulling out their money?

The answer is actually pretty simple, but you won’t read about it anywhere in the press–at least, not yet. Suppose you are a Greek citizen, and you believe there is at least a possibility that Greece will suddenly decide that the demands for austerity cannot be met, and take the step that economists say makes the most sense: to drop out of the common European currency, perhaps over the Summer, perhaps later. They will close their banks for a couple of days, and begin to print drachmas once again, and suddenly everything in the country will be priced in drachmas.

You have probably read that this is considered a worst-case scenario, but in fact it may be the best option for a country whose citizens are in open revolt over the prospect of spending the next 20 years paying back their northern European creditors. The country would reclaim control over its monetary system, allow its new currency to drop like a stone, pay back all those various central bank loans with much cheaper money, and as a bonus, allow the cost of its exports to be half what they were before, compared with euro-denominated goods and services.

If you, here in the U.S., have read about this easy way out of the economic mess, then you can bet that ordinary Greek citizens are following the situation a heck of a lot more closely. And it’s a fair bet that the first thing that would have caught their eye is that part about drachmas dropping like a stone in value. A recent report by Capital Economics provides a best guess that the drachma would fall to about 50% of the value of the euro.

The best course of action suddenly becomes obvious. Greek citizens who see this coming have the choice of potentially losing half their purchasing power relative to the rest of the continent (and the world), or take their money out of the bank before any surprise announcement and, after the dust has settled, use the euros that they stashed in their mattresses to buy twice as many drachmas as they would otherwise have had.

In other words, this is not, as widely reported, a run-on-the-bank scenario. It might be an indication that sentiment on the streets of Greece has swung toward leaving the Eurozone–which means they might know a lot more than the reporters and economists whose reports you may be reading. If Greece walks, and takes its .478% of the world’s economy out of the Eurozone, one imagines that somehow the Eurozone–and the rest of us–will survive. Perhaps then we won’t be reading about .165% of the world’s population 100% of the time.