The Swiss Franc and Your Portfolio 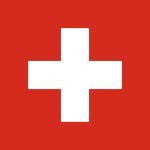 You’ve almost certainly read about the recent drop in the global (and U.S.) stock markets, as a result of the “shocking” announcement by the Swiss central banking authority that it would not force the Swiss franc to trade at 1.2 euros. Be prepared to be shocked: you can now buy a Swiss franc with a euro.

If you’re like most of us, you’ve probably wondered why this shocking development would have anything to do with the enterprise value of the individual companies that make up the various global indices. What’s the story here?

The story is actually pretty simple—and surprisingly, isn’t being told very clearly in the press. The Swiss National Bank had been artificially holding the Swiss franc at 1.2 euros for the past three years. Why? Because the value of the euro has been sinking on global markets. A lower euro means everything manufactured in the Eurozone is less expensive for outside buyers, which is great for exports. By keeping the franc at a steady cost vs. the euro, the Swiss National Bank was protecting Swiss watches, chocolate products and high-end medical diagnostic equipment from becoming more expensive in the countries where Switzerland does most of its export business.

This policy suddenly became more difficult, in part because the European Central bank is expected to announce, on January 22, what economists delicately call “monetary easing”—buying government bonds, lowering interest rates, and giving banks and corporations more access to more euros. The inevitable result would be a lower euro compared to other currencies. Every time the Swiss Central Bank buys euros and sells francs, it is putting money in the pockets of global currency traders and a variety of hot money speculators who have bet that the Swiss will continue their policy. These traders would have reaped a huge windfall if the euro dropped and the bank continued to fight an increasingly expensive battle to maintain parity. The effect would have been a transfer of billions of dollars from Swiss taxpayers to shady speculators.

But why does any of this affect the value of U.S. stocks, or stocks in Europe, for that matter? Why were floor traders on the New York Stock Exchange experiencing what one described as “once-in-a-career” market turbulence, and others described as a “massive flight to safety”? Certain exporting companies in Switzerland will be negatively affected and have to adjust their profit margins downward to stay competitive. But U.S. companies aren’t selling their goods and services abroad in Swiss francs, and European companies will be slightly more competitive, globally, after the expected monetary easing announcement.

The only answer that makes any sense is that hot money traders dislike any kind of surprises, and they hit the “sell” button whenever they’re startled by news that they didn’t anticipate. Then they wait until they have a better understanding of what’s going on. And, since these short-term traders make up a majority of all the actual buys and sells, the markets tend to trade lower even though no fundamental economic reason exists for them to.

This provides a great opportunity for all of us to see the difference between short-term headline moves in the market and long-term fundamental shifts. Make a note to see whether, a month from now, you still remember the fact that the Swiss central bank is no longer supporting the franc against the euro. At the same time, look to see if any major shift has occurred in the business operations or profitability of U.S. companies due to this adjustment in currency values overseas.

There will be consequences. Over the coming months, you might have to pay a little more for a Swiss watch, and chocolate manufactured in Switzerland might be pricier as well. You will want to steer clear of parking your money in the Swiss central banking system, which is now paying an interest rate of negative three quarters of a percent. If you’re a global options trader who took the wrong side of the bet, this was terrible news for your returns this year. But the underlying value sof the stocks in a diversified investment portfolio aren’t likely to become less valuable based on the latest trading price of options denominated in Swiss francs.