What does it take to be a “one percenter?” How much do you have to earn before you fall into this rarified zone? 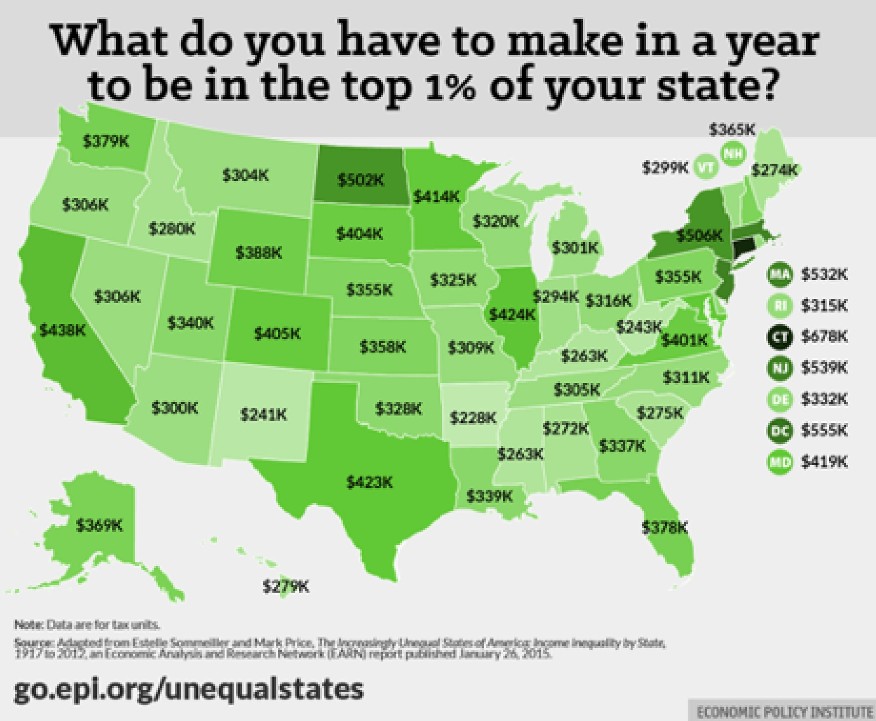 States with the lowest threshold include West Virginia ($243,000), Kentucky and Alabama ($263,000) and Maine ($274,000). If somebody earning a good income in Connecticut or New York wanted to break into the one-percent category, he or she could move to a less competitive state.