The American business landscape is booming again after a difficult 2020, but one sector did quite well in the pandemic year. Legal sales of marijuana rose (estimates vary) between 46% and 67% last year from 2019, to a record $17.5 billion in consumer purchases. Currently, 14 states allow adult recreational use, and 36 others allow for medical use. California is the largest cannabis economy, estimated at $3.5 billion in total revenues last year. 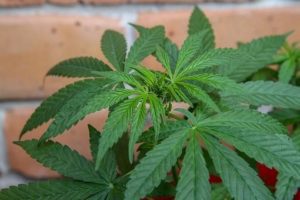 You might think from these statistics that pot smoking (or ingesting) is going mainstream, but that seems not to be the case. A Gallup survey found that 22.1% of Americans aged 18 to 25 have used marijuana in the past month, compared with just 8.6% of people over age 26. A separate survey found that edibles are becoming the most popular marijuana consumption product, and that consumers are shifting away from inhalables—possibly because of the pandemic. (COVID is fundamentally a lung disease.)

A majority of Americans (68%) now support national legalization of marijuana, although this is split along party lines, with more Democrats (83%) than Republicans (48%) favoring laws that would decriminalize marijuana use. One argument for more states to decriminalize is the tax revenue that legalization generates. Last year, California took in more than $1 billion in marijuana tax revenue, with 60% going to anti-drug programs targeting minors, and another 20% each to environmental programs and public safety.

Washington took in $469 million, using the money for a healthy youth survey, marijuana-related educational programs, and various state departments for research related to pesticides, licensing, accreditation and testing. Colorado’s tax base increased by $387 million due to pot sales, with 10% allocated to local governments, 15% to the state’s general fund, 13% to the state public school fund and the remainder to a “marijuana tax cash fund.” Recreational marijuana was a windfall for Oregon ($133 million), Nevada ($105 million), Massachusetts ($81 million) and Illinois ($53 million).