The most recent proposal in Congress would raise the top corporate tax rate from the current 21% up to 28%. But what would be the real-world impact of this dramatic rate change? Will American companies be at a severe competitive disadvantage compared to the companies located elsewhere?

A couple of years ago, the Institute on Taxation and Economic Policy took a hard look at the actual taxes that corporations were paying—at a time when the top rate was 35%. Selecting from companies that were consistently profitable between 2008 and 2015, the organization found that the largest companies were extremely good at identifying ways to avoid taxation, and that the top rate really didn’t apply to very many of them. 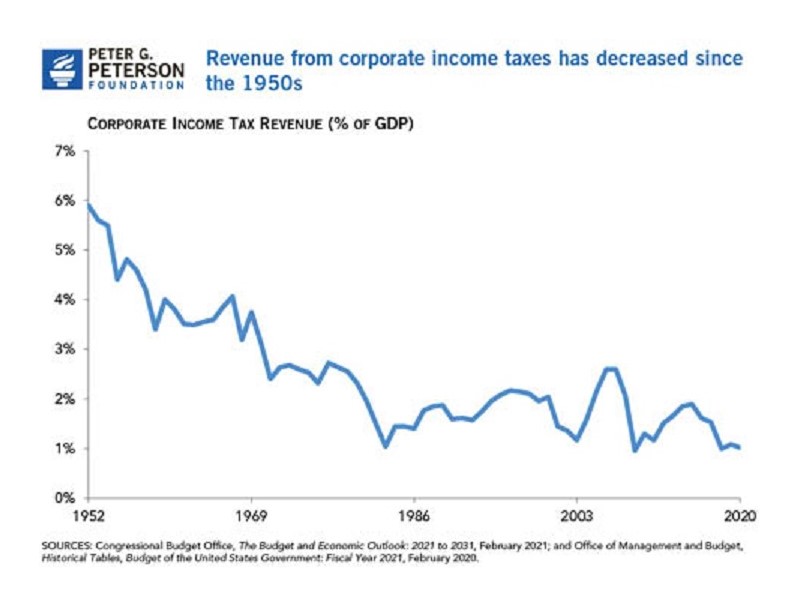 As an example, 258 of the corporations paid an effective federal income tax rate of just 21.2%, which was just over half of the 35% rate then in effect. Eighteen of the companies paid no federal income tax at all, at least 100 paid zero taxes in at least one of the survey years, while 48 paid an effective tax rate of less than 10%. More than half of the companies in the survey paid higher corporate tax rates to foreign governments than they paid in the United States on their U.S. profits. Five large companies—AT&T, Wells Fargo, J.P. Morgan Chase, Verizon and IBM—enjoyed more than $130 billion in tax breaks during the eight-year period of the study.

Their conclusion: raising the federal corporate tax rate is not exactly an excess burden on American companies that makes the U.S. uncompetitive in the global economic landscape. Most companies never experience that top tax rate, or anything close to it.

But once again, the research showed that the top rate is largely irrelevant, given how many tax breaks are written into the U.S. tax code. The Peterson Foundation found that profitable Fortune 500 companies paid an average effective federal tax rate of 11.3%. In aggregate, U.S. tax revenues are just 1% of GDP. That’s extremely low compared with, for example, Japan (4.2%), Canada (3.8%), the U.K. (2.5%), Germany (2.0%) and Italy (1.9%). The organization published a chart which shows how corporate lobbyists have been effective at lobbying for tax breaks even as the public’s attention is focused on the (irrelevant) top rate; you can see that since 1952, corporate taxes have been chiseled down, tax break by tax break, from roughly 6% of GDP down to 1% today.

The result is a combination of a greater tax burden on individuals and small businesses who don’t benefit from offshoring and the complex accounting necessary to score big deductions, plus a growing national debt from taxes that would otherwise have been collected. As the new Congressional tax initiative works its way through Congress, you are going to hear a lot of groaning from corporate lobbyists and trade organizations regarding the crushing effect of raising the top corporate tax rate. Just remember that this is a classic example of misdirection.