The U.S. stock market seemed to be trending downward until the Federal Reserve governors’ meeting, where word came out that the Fed would hold off on raising rates despite the growing economy, and might even lower rates. Stocks responded by reversing direction and gaining in value, while various pundits were left scratching their heads. If this is the greatest economy ever, why would we ever need rate cuts?

The problem is that “the market” actually doesn’t have any idea what the Fed is going to do with interest rates. If you want proof, look at recent history since 2008. 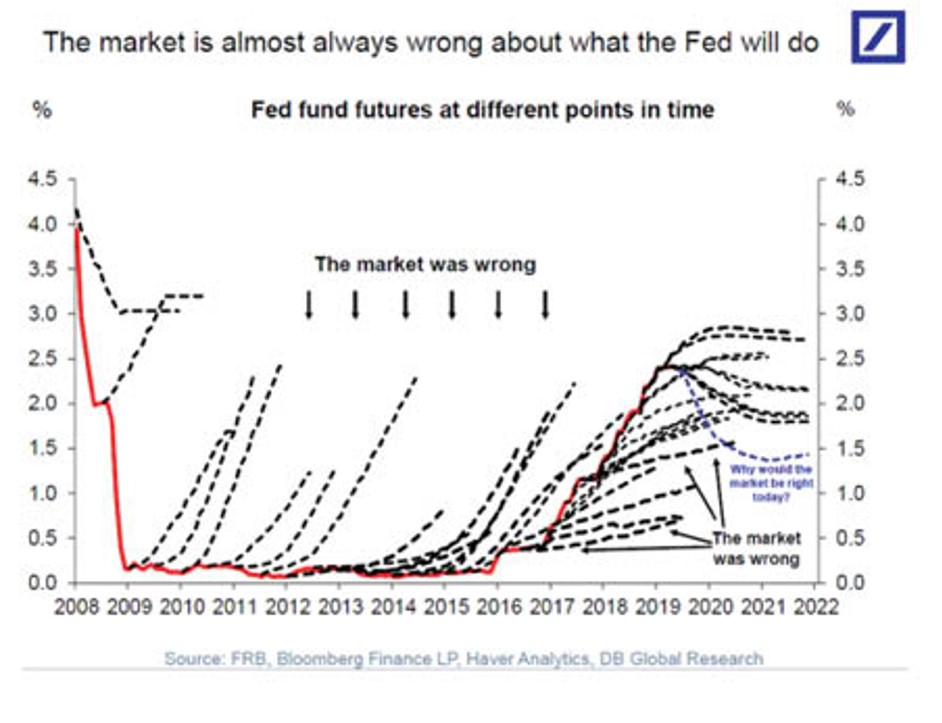 The prevailing wisdom seems to be that once the Federal Reserve economists begin to see an economic downturn due to the various trade wars the U.S. has initiated against China, Europe and even Mexico and Canada, it will lower rates to counteract the damage. That’s what the smart money is saying. Just remember how often the smart money has been wrong in the past.

Is the Government Double-Taxing Your Social Security Benefits?
Should You Buy Long-Term Care Insurance?