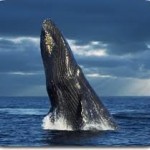 Large investment banks and brokerage firms are in the news again, with word that J.P. Morgan Chase suffered a $2 billion loss while trading for its own investment portfolio.  If you’re inclined to be amused by such things, word had apparently leaked out weeks before the losses were spotted that a mysterious individual dubbed “The London Whale“–who we now know is Bruno Michel Iksil–was taking strangely large positions in credit default swaps linked to corporate bonds.  Other traders reported the unusual market activities to the Wall Street Journal, and four days after the article was published, on April 14, J.P. Morgan executives stepped in and stopped the trading activity.

The story prompted some to speculate that the firm’s crack risk management department stayed diligently on top of the firm’s speculative trading activities by carefully reading the newspaper.

But the lesson that was lost, amid the calls for new regulation and pronouncements that banks were too big to fail and too reliant on bailouts, is that once again a large brokerage firm was making huge bets and also advising customers on their investments.  When a large institution trades into and out of the markets for its own profit, it sets up the most basic conflict of interest in its dealings with the investors who are receiving the advice of its brokers.  If the firm made the mistake of investing in a dog stock that isn’t likely to go up in value, or if the research department determines that a certain company whose stock the firm owns is about to report unfavorable news or deteriorating financials, then the brokers are told that what the company wants to unload is a wonderful “investment opportunity” for their customers.

Some resist acting on these blatant attacks on their customers, but–as evidenced by the actual volume of trading for the brokerage community’s own accounts–many do not.  It’s a little like the real estate broker who spots a nice piece of property selling at a terrific bargain.  Is he more likely to call his customers, or find a way to buy the property for himself?

Fortunately, registered investment advisors with the Securities and Exchange Commission–unlike brokerage firms–are strictly prohibited from these kinds of conflicts, and we embrace that position.  It genuinely would not occur to most financial planning professionals to bet against clients or try to sell you something that we wanted to get rid of in our own portfolio, not because the regulators might find out, but because it is visibly the wrong way to serve the public and the community.

Will Retirement Be a Bust for Boomers?
Finding a Trustworthy Trustee