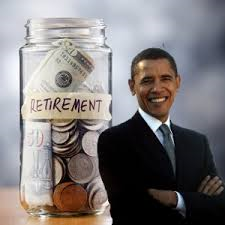 Chances are, you’ve heard about the new myRA retirement savings program that was proposed by President Obama during his State of the Union speech. But what is it, and how does it relate to the array of other retirement savings options you already have–including, of course, traditional and Roth IRAs, 401(k) and/or 403(b) plans? Is this something you need to be looking at in addition to, or instead of one of these other options?

The new account, which is scheduled to be introduced later this year, will be offered to workers who currently don’t have access to any kind of retirement program through their employers. Remarkably, this underserved population is actually about half of all workers, mostly those who work for small companies which have trouble affording the cost of creating and administering a 401(k) plan. The idea is that a myRA would be so easy to install and implement (employers don’t have to administer the invested assets), and cost so little (virtually nothing), that all of these smaller companies would immediately give their employees this savings option.

So the first thing to understand is that people who already have a retirement plan at work, or who earn more than the thresholds, shouldn’t give the myRA option a second thought.

Nor, frankly, would those people want to shift over to this option. Why? A myRA functions like a Roth IRA, which means that contributions are taxed before they go into the account just like the rest of a person’s salary, but the money will come out tax-free. Anybody can make annual contributions to a Roth IRA; the 2014 maximum is $5,500 for persons under age 50; $6,500 if you’re 50 or older–and these are the same limits that will be imposed on the myRA. BUT–and this is a big issue–the myRA is not really an investment account. Any funds that are contributed to a myRA account earn interest from the federal government at the same rate that federal employees earn through the Thrift Savings Plan Government Securities Investment Fund–which is another way of saying that the money will be invested in government bonds.

Why does that matter?  Retirement accounts that invested in the stock market earned close to 30% from their stock investments last year. The government bond investments that would have gone into a myRA earned 1.89% last year–which is below the inflation rate. In real dollars, that was a losing investment.

Another big issue is the employer match. Many workers who have a traditional 401(k) account get some of their contributions matched by their company, which effectively boosts their earnings.  The new myRA accounts will get no such match.

The Obama Administration clearly understands the difference between saving in a government bond account and actual investing; there is a provision that whenever a myRA account reaches $15,000, it has to be rolled into a Roth IRA, where the money can be deployed in stocks, bonds or anywhere else the account holder chooses.  The program seems to be designed to encourage younger workers to start saving much earlier than they currently do.  Statistics show that the median retirement account for American workers age 25-32 is just $12,000, and 37% have less than $5,000.

Will they be motivated to save when myRAs roll out at the end of the year? Some commentators have noted that the money can be taken out of the account, for any reason, at any time, with no tax consequences. That is not a great formula for long-term savings.  But it does make the myRA account a convenient way for a worker just starting out to build up a cash reserve which could serve as a cushion against job loss or unexpected expenses like car repairs. If it is not needed, the account could eventually grow into a retirement nest egg.