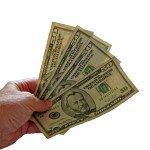 Most investors either have now or have had money invested in the cash-equivalent known as money market funds. Few have noticed that recent regulatory changes could expose some of the underlying volatility of these safe investments, and even affect whether you can get your money back when you need it.

Money market mutual funds typically invest in short-term IOUs known as commercial paper, often lending to governments or banks overnight and being repaid the next morning, or, in other cases, lending for a week or less. The interest rates are low, but these funds offer a reassuring advantage: any major drop in bond prices generally won’t affect their value very much. Money funds have traditionally cemented this comforting feeling by effectively (but not explicitly) guaranteeing that a dollar invested will be at least a dollar returned. Even the money stuffed in your mattress looks riskier.

So why would regulators be concerned? Because not all money funds are as safe as they appear. In 2008, the $62.5 billion Reserve Primary Fund “broke the buck,” in industry parlance, because of its heavy exposure to debt securities issued by Lehman Brothers, which was in the later stages of going broke. The fund eventually paid out 99.04 cents on the dollar, which (especially when compared with Lehman shares) is not exactly a catastrophic loss. But it showed the world that some of the assets that money market funds are investing in are not as rock solid as once believed.

Last month, the SEC issued long-awaited rules which require certain money market funds to report daily prices, which may fluctuate based on their underlying holdings, rather than the $1 a share price that has held in the past. If a fund has 99.5% of its investments in short-term U.S. government assets, then it qualifies as a “government” money market fund, and daily prices do not have to be reported. But so-called “retail” funds, which lend to banks and certain corporations, will report a floating net asset value per share. And they will be required to assess a 1% or 2% redemption fee if their liquidity falls below certain thresholds.

At these lower thresholds, they will also be permitted–and in some cases required–to tell you and me and all their other shareholders that we’ll have to wait up to 10 days to take our money out–which the SEC views as another way to promote fund stability and prevent runs on the bank.

The result of all this is that many investors will migrate to the “government” funds. Today, U.S. government debt is yielding just 0.013 percentage points less than the more traditional money markets, so you aren’t being paid very much to take on the additional risk, however slight it may be, of either losing money or not being able to access your cash in an emergency.

Bankrate Article Takes a Look at Money Scripts
Can You Trust the Stock Market?