What Is Your State’s Country-Sized GDP?

It is sometimes not easy to realize just how big the U.S. economy is compared with the rest of the world. But a recent graphic published by the GZero organization gives a pretty good hint. 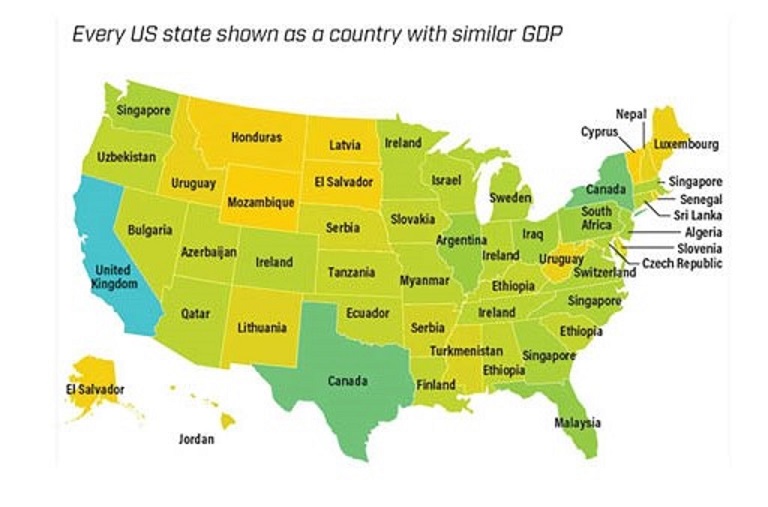 Look at the map, and notice that North Dakota—one of the smallest states in the U.S. in terms of economic activity (total population: 762,000, roughly the same as Denver, CO), has a state GDP the size of the nation of Latvia. Nearby Minnesota’s economy equals all of Ireland’s, and Wisconsin’s equals Israel’s. The Texas economy, all by itself, is as large as Canada’s, as is New York’s. California’s economic activity amounts to roughly the same as the United Kingdom’s—the fifth largest economy in the world. Even little Rhode Island has a country-sized GDP, about the size of Senegal’s. South Dakota’s GDP is similar to El Salvador’s.

In total, the United States makes up 24.42% of the world’s aggregate economic activity, rivaled only by China (16.34%), with number three Japan (5.79%) a very distant third. Another perspective, this time putting countries on a circular “globe” with the size of their economies represented by area, shows not just the economic size of individual countries but also different global regions. Anybody who worries that the U.S. is falling behind the rest of the world might find these two charts somewhat reassuring. 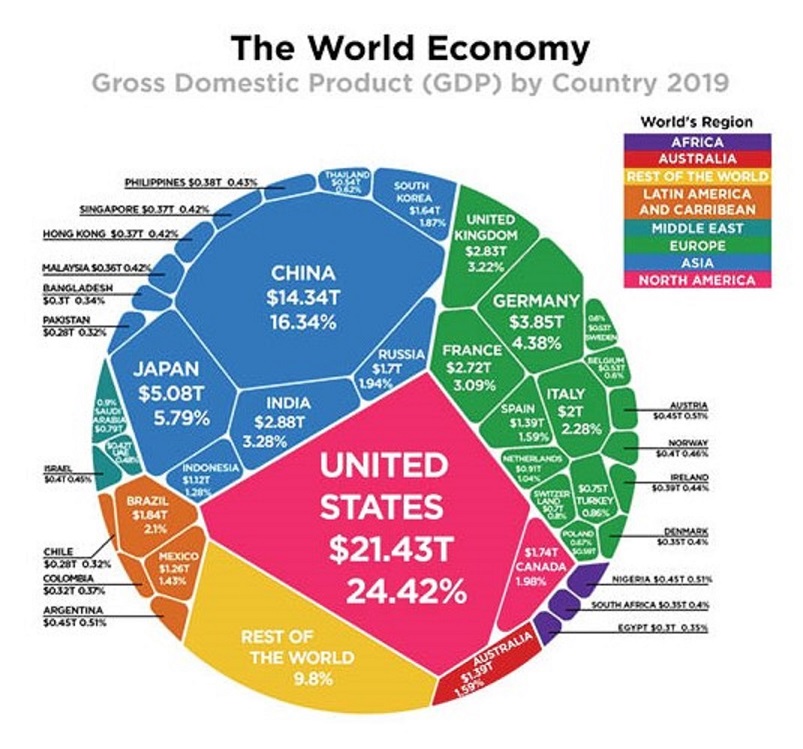