Microsoft founder Bill Gates recently wrote a blog column outlining the three most important facts that people should know about our world today. It turns out that there were actually quite a number of facts, but they were related to three basic categories of human existence.

First the bad news. According to the University of Oxford’s OurWorldInData.org, 5.6 million children die each year from a variety of causes. That’s 11 deaths a minute, or 15,500 deaths per year. 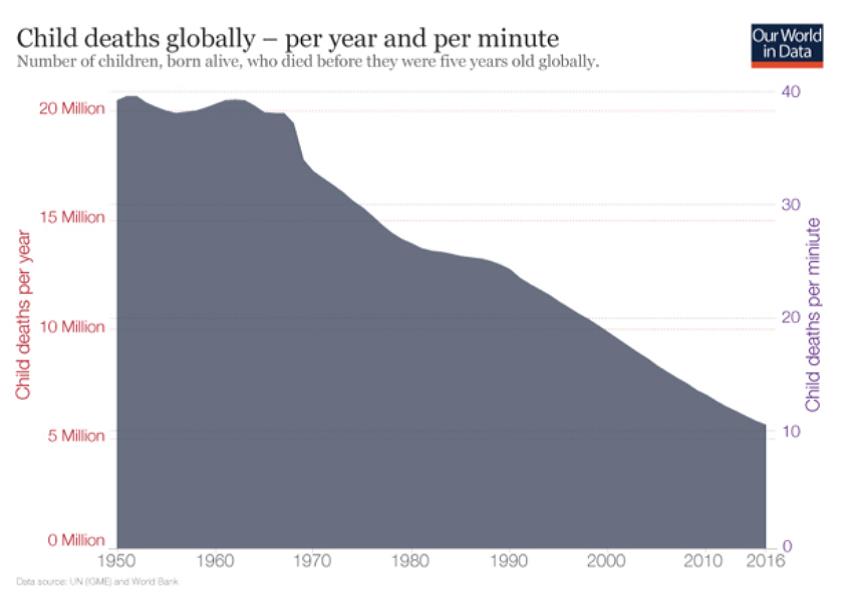 Another fact: the global fertility rate today is 2.5 children per woman. That means the world’s population grows by 1% a year, which is almost certainly unsustainable over the long term, given our planet’s limited resources. 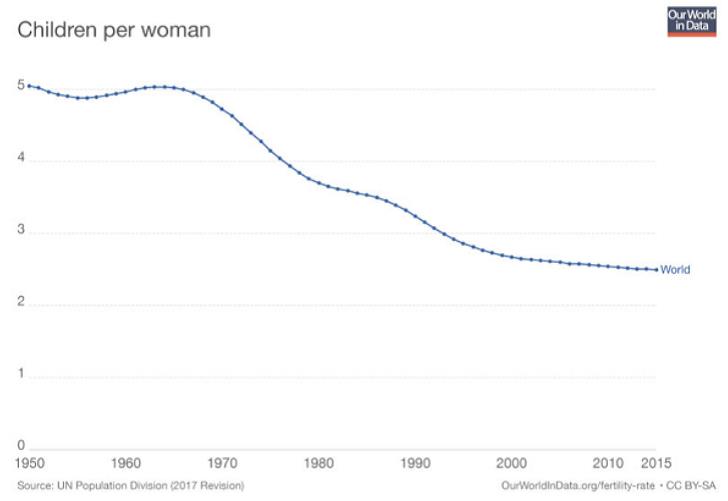 The third fact: One-tenth of all the people in the world are living in extreme poverty—on the equivalent of $1.90 a day. With those limited resources, they barely have access to the basic necessities of life, like food and shelter, education and safe drinking water. 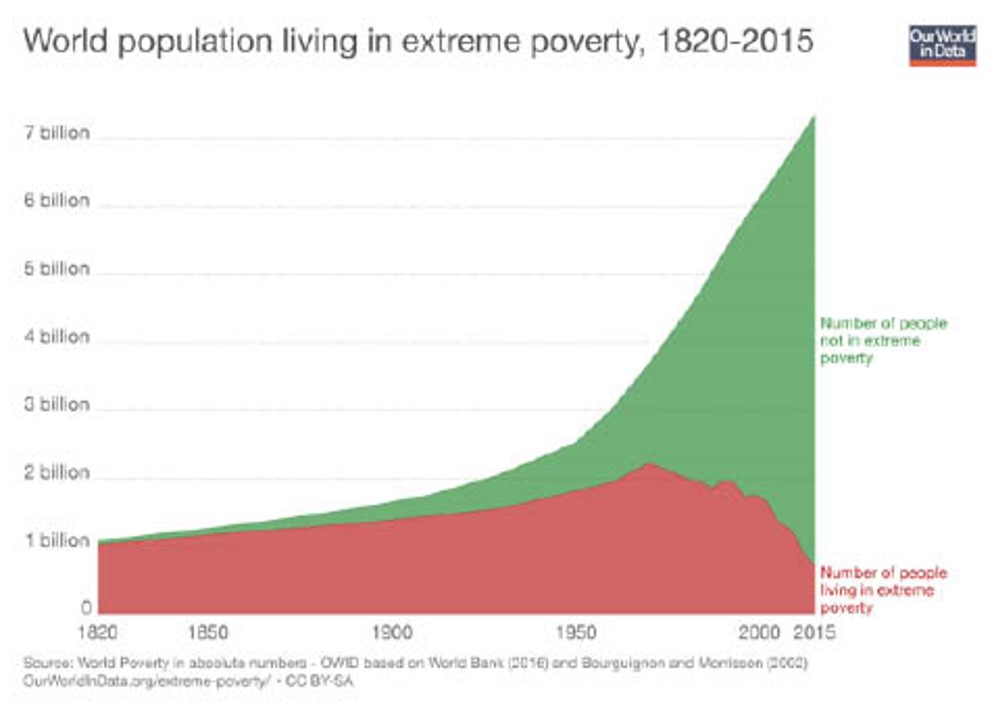 Shouldn’t we do something about these awful statistics? As it happens, there’s also good news embedded in Gates’ three facts. As recently as the 1950s and 1960s, more than 20 million children were dying each year, so the child mortality rate has actually fallen dramatically due to medical advances and increasing global prosperity. We have a long way to go in erasing the pain and tragedy of child mortality, but we have already come a long way and are making continuing progress.

The same is true of population growth. Since 1960, the world’s fertility rate has actually fallen in half, and so has the rate that our world’s population is increasing. If we continue on our present course, the total number of people living on this planet will stabilize and, potentially, start declining in the second half of this century.

What about extreme poverty? That, too, is falling—dramatically. In 1990, roughly a third of all people in the world—1.86 billion of them—lived on less than $1.90 a day. Twenty-five years later, that number has fallen to 706 million.

Child mortality, poverty and fertility are all at unacceptably high rates today, and we should certainly not stop the battle to lower them. But it’s also important to recognize that we’re making real progress on all these fronts—and there’s every reason to think that we can continue to do so into the future. Bill Gates thinks that it’s important to remember the challenges, but also that the world is becoming better despite what you see in the headlines.

106 Things We Do For Clients, No. 85
Avoid Costly IRA Mistakes