What to Make of the “Trade War” 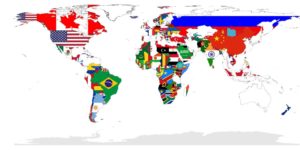 Last week, there was finally some evidence that the investment markets were starting to get jittery about the escalating tit-for-tat tariffs and threats of tariffs that some economists are calling “America vs. the World.” Most investors are probably wondering whether new taxes on items flowing into and out of the U.S. really is something to worry about.

It is on several fronts.

First, and most specifically, certain economic sectors will be big losers in an escalating tariff battle. When President Trump imposed tariffs on steel and aluminum imports, solar panels, and washing machines, China responded with an equal dollar amount of tariffs on certain agricultural products, including soybeans, meat, fish, milk and cream, various fruits and vegetables, alcohol, dog and cat food, and cotton—all of which directly impacted the economics of many Midwestern farmers (whom China obviously presumes to be Republican voters). China and the European Union have imposed tariffs on Kentucky bourbon, Harley-Davidson motorcycles, pork, and maple syrup, whose manufacturers and workers probably reside on both sides of the political aisle.

If you’re a soybean farmer, then the fact that Brazilian soybeans are now extremely competitive in the large and growing Chinese market can be extremely discouraging. But if you aren’t buying steel or semiconductors in bulk, you probably aren’t experiencing a lot of economic pain from the tariffs. However, when the U.S. threatened to impose new 10 percent tariffs on an additional $200 billion of Chinese exports, and added Canada, India, Mexico, and a lot of European Union products, suddenly there was potential collateral damage across a much broader spectrum of the economic landscape.

You can see the proposed trade war targets in a succinct chart, all of which would raise prices for consumers. For instance, a proposed import tax on automobiles, if reciprocated, would raise the cost of top-selling vehicles like the Toyota Corolla, Honda CR-V or Ford F150 by $1,000 each, due to taxes on car parts manufactured abroad. It would add $5,000 or more to the cost of imported vehicles. 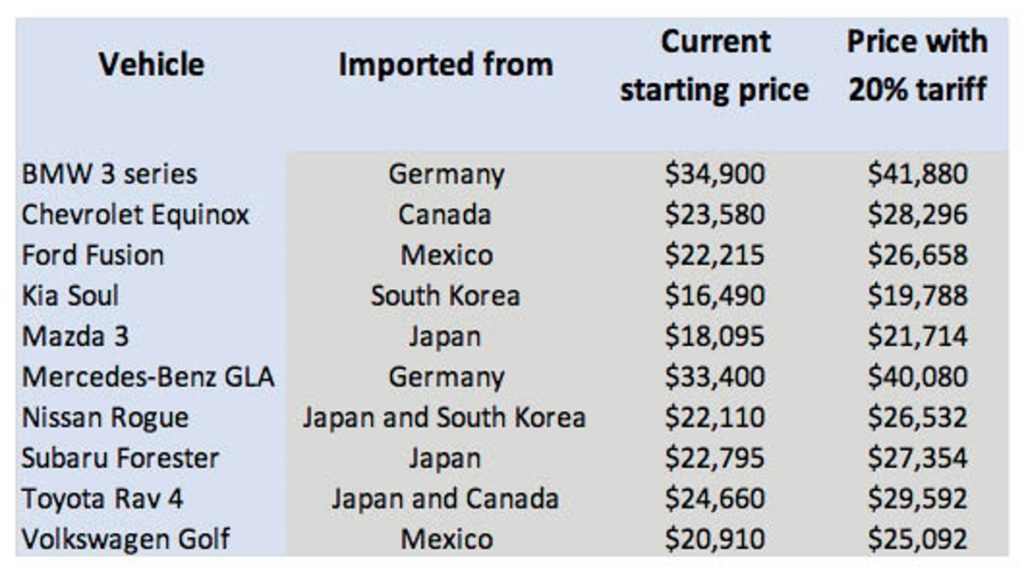 This is already creating another loser: American workers. Harley-Davidson now plans to move some of its U.S. production overseas, firing American workers and hiring people in Europe, in order to keep its motorcycles competitive in overseas markets. General Motors has estimated that the proposed tariff on car imports would kill 195,000 automotive-related jobs over the next three years—and if targeted nations retaliated with their own tariffs (as they almost certainly will), the number could rise to 624,000. On a smaller scale, a Missouri nail manufacturer recently laid off 60 workers because it lost customers after it was forced to raise prices due to steel tariffs.

The list of proposed tax targets actually covers some 6,000 items, including clothing, handbags, suitcases, televisions, and even dog collars. Most of these new levies won’t go into effect until September at the earliest, and negotiations are ongoing, but there is no sign that the Trump Administration plans to back down. In fact, the President has announced plans to end the NAFTA free-trade agreement with Mexico and Canada, producing more trade barriers in the Northern Hemisphere. 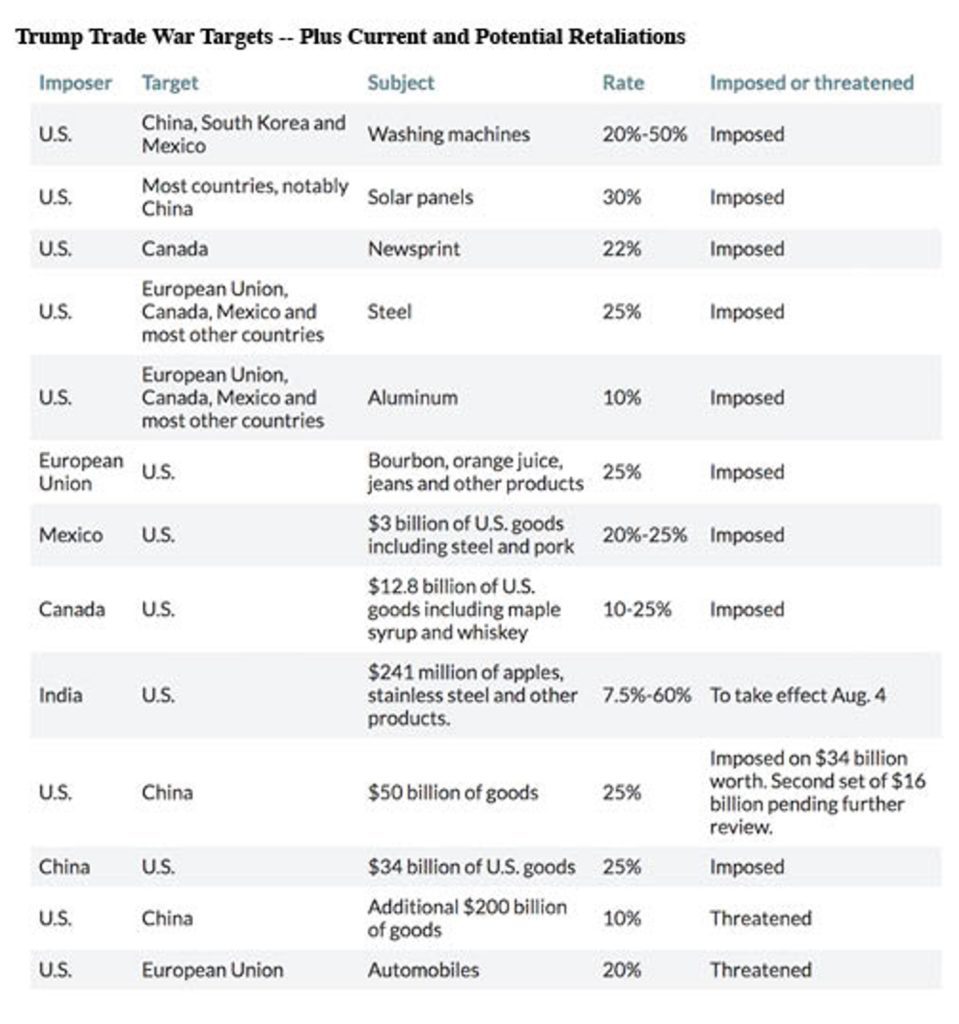 Who else loses? What’s often forgotten in all the talk about free trade is that a tariff is a tax that has to be paid by someone. Who pays? The cost is shared by manufacturers at home or abroad and the consumers who are buying those products. The additional $1,000 – $5,000 cost of a new car represents monies collected by the U.S. government: specifically, the portion paid by car buyers. Many manufacturers will eat some of those additional costs and new supply-chain expenses for components manufactured outside U.S. borders, which represents a new (and largely hidden) corporate tax. A 10% tariff on $400 billion imports is $40 billion taken directly out of the pockets of American buyers and foreign manufacturers, while a retaliatory tariff would take $40 billion out of the pockets of U.S. manufacturers and foreign buyers.

It will be hard to find any reputable economist who thinks that a trade war is good for the U.S. economy, and in fact President Trump’s own Republican Party has conspicuously not cheered his trade interventions. The U.S. Senate is quietly moving forward on a bill jointly sponsored by six Republicans and four Democrats that would curb the President’s ability to unilaterally impose sanctions, which could become part of the next National Defense Authorization Act.

It is certainly possible to overreact to the trade war scenario. After all, $200 billion worth of goods represents less than 1% of U.S. GDP. The tariffs will hit larger-cap companies, which tend to sell their products around the world, much harder than smaller-cap firms which market themselves to the U.S. domestic market. Other countries cannot be expected to back down; who wants to have a gloating President Trump calling them a loser in his “war?”

The question will come down to this: how much is the average American willing to pay, in new taxes concealed in the form of higher costs, to “win” a trade war whose benefits to the global or U.S. economy are murky at best? The campaign rhetoric to protect American industries, tear up multilateral trade deals and force trading partners back to the bargaining table sounds great in an election. But it doesn’t sound as good when restated as: pay more for food, beverages, appliances and cars, deprive farmers of access to foreign markets—and maybe lose your job in the process.