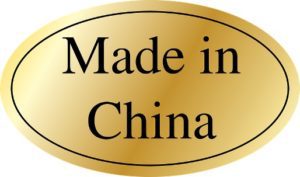 Global stock markets have been spooked by the escalating trade disputes between the world’s two largest economies: China and the United States. And there is no evidence that the dispute is about to be resolved. On Friday, U.S. President Donald Trump raised tariffs on $200 billion worth of Chinese goods and began taking steps to tax nearly all of China’s imports. The new tariff levels are an unprecedented 25% of the value of the Chinese goods coming into the U.S., raising the costs of seafood, luggage and electronics. China, meanwhile, has placed tariffs on nearly all of America’s exports into the Middle Kingdom, including agricultural products.

This is not the first trade dispute the U.S. has engaged in since the Trump presidency. Steel and aluminum products coming from abroad were hit with tariffs and import duties early in the presidency, followed by various other measures. The stated idea was to reduce the U.S.’s trade deficit with the rest of the world; however, the overall United States trade deficit with the world increased 1.5% in March to $50 billion.

But many taxpayers seem to be confused about how tariffs work. The President has said that American tariffs on Chinese products are bringing in unspecified “billions” to the U.S. government. That may be true, but the source of those “billions” is not China or Chinese companies. Importers pay the import taxes when the items they’ve purchased overseas cross the U.S. border. With import taxes as high as 25%, it is all but guaranteed that the price of these items will be higher when sold to American consumers.

If the importer—which might be a manufacturer who has components manufactured abroad or a retail company like Walmart—decides to absorb some of the tariff cost, then that shows up in lower profits for the American company. So when an American consumer buys an iPhone, the cost might go up $160—which is the additional amount that would be paid to the U.S. government. Or Apple Computer could eat the cost and reduce its overall earnings by 24%. The same is true with goods like vacuum cleaners, electronics, computer monitors and power adapters.

There are arrangements where the importer and exporter negotiate for the exporter to pay the tariff—the term for such an agreement is DDP, or “Delivery Duty Paid.” But once again, the tariff raises the cost of the item, and the ultimate bill comes due to the consumer who buys the product.

So ultimately, U.S. tariffs on imported items, shipped from China or any other country, represent an additional tax directly on the wallets and purses of American consumers—or on the earnings of American companies that decide to absorb some of these costs.

There may be additional economic impacts, such as what American farmers—particularly those who grow soybeans—are now experiencing. When the cost of American products go up due to retaliatory tariffs imposed by China, Chinese consumers and importers can go to different markets, where they can buy items that are not burdened by the costs of import duties. Chinese importers have shifted their purchases of American crops to South America, which has long sought a foothold in the world’s largest consumer market.

Wouldn’t that work the other way around? One issue is that many Chinese companies are government-owned or government-supported, so during an escalation of trade war conflict, the government of the most populous nation on earth will do what the American government will not: stabilize sales by subsidizing prices or making up for losses while the negotiations continue.

Most economists believe that tariffs impede global trade and the health of the global economy. And tariffs create uncertainty about whether companies can rely on existing supply chains or sources of manufactured items that go into their final products, like mobile phone devices and automobiles. This is why the imposition of additional tariffs, and the threat that they will continue into the future, is spooking the investment markets. The U.S. Treasury is definitely getting fatter as a result of American tariffs on Chinese goods. The question that stock market analysts and traders are asking is whether this is good for the American consumer and the U.S. economy as a whole.

How to Explore Your Relationship With Money
Uber Under Water