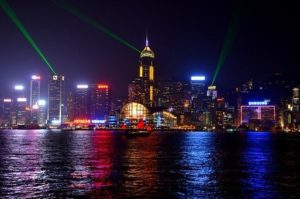 While most of us are distracted by the street protests around the U.S., something similar has been going on in Hong Kong for years, and there are signs that the protesters in the semi-autonomous city are losing in their efforts to stop the communist Chinese regime from taking over. Most recently, Beijing’s highest representative body in Hong Kong, called the Liaison Office, insisted that it was not subject to Article 22 of the city’s constitution, which guarantees an independent government for the city and the region. Instead, the Liaison Office asserted that, contrary to the plain text of the city’s constitution, it had “supervisory powers” to administer Hong Kong and its political affairs.

This move could have significant implications for the U.S. economy, because it endangers Hong Kong’s “special status” under U.S. law. If Hong Kong is no longer an autonomous political and economic entity, then the U.S. could well decide to treat it as simply a part of the Chinese economy—and that would mean an end to Hong Kong’s low preferential tariff rate, reverting it to the trade war tariffs that the U.S. has imposed on China as a whole.

Today, more than 1,300 American companies have business operations in Hong King, including nearly every major U.S. financial firm. According to the State Department, roughly 85,000 U.S. citizens live and work in Hong Kong, representing American companies. If the Trump administration revokes special status, it could lead to an exodus of those firms and an expensive relocation to cities like Singapore. It would also anger the Chinese leadership and lead to another round of trade wars between the world’s two largest economies.