The U.S. stock market has risen for three straight days, settling at right about where it was before the COVID pandemic began to assert itself, and the conventional reasons trotted out for these gains were relative. We had stronger-than-expected retail sales. Not quite as many people were unemployed as economists predicted. The economy is far from robust right now, and a recession formally began in February, yet many are predicting (without actual evidence) that there is “a V-shaped recovery” in our future. 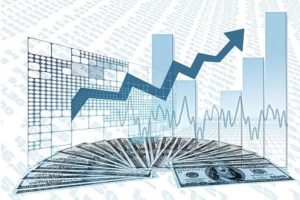 This happy outlook ignores the fact that coronavirus cases are once again on the rise in most states, an estimated 20 million Americans are unemployed, 119,000 individuals have died from the pandemic, and there is civil unrest in cities and towns throughout the country. There may be additional lockdown measures if the spike in new cases is not quickly arrested.

So which case should we listen to? Right now, some economists believe that the only thing keeping business and the economy afloat has been massive amounts of borrowed taxpayer money sent out to the business community, plus equally-massive intervention by the Federal Reserve, which has recently taken the previously-unthinkable step of using its reserves to buy individual corporate bonds. People who are bullish on the stock market are betting that Congress and the Fed simply will not let stock prices flag. People who are bearish believe that companies have become some degree less valuable due to the lost quarter of productivity, earnings and future diminished sales as people have less to spend. And as those lower earnings reports come out for the next quarter, price/earnings multiples will spike, and you’ll see headlines about how the stock market is more expensive than it has ever been.

The discouraging truth is that nobody knows which argument is right. The quiet chatter among financial professionals is that the best course is to stay conservative and look for buying opportunities without betting the farm on a severe decline—cautiously participating in an upside that looks increasingly fragile. Without a working crystal ball, there may not be a better long-term strategy than that.