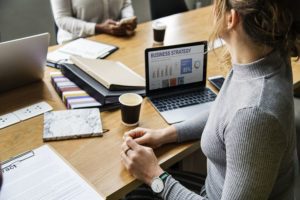 There’s been a lot of publicity around sexual harassment this year, and the MeToo movement seems to have brought us to a new age for women and their legal ability to navigate our social system. But it’s worth noting just how discriminatory our society—and others—have been toward women even in fairly recent times.

Until the 2009 passage of the Lilly Ledbetter Fair Pay Restoration Act, women were not able to sue for the differences in discriminatory pay between their income and comparable men’s if more than six months had passed. The act was designed to address a Supreme Court decision entitled Ledbetter vs. Goodyear, where Lilly Ledbetter sued because, after decades of work, she discovered that her pay as a supervisor was lower than the lowest-paid man of comparable seniority. The Supreme Court denied her claim.

Until 1981, U.S. husbands were legally permitted to keep their wives in the dark about their family finances, and to unilaterally take out second mortgages on property jointly held with their wives.

Here’s one that will startle younger persons: before the 1974 Equal Credit Opportunity Act, banks routinely required single, widowed or divorced women to bring a man along to cosign any credit application they made, regardless of their income.

America’s first female governor, Nellie Taylor Ross, was elected in Wyoming in 1924. In 1922, Rebecca Felton of Georgia became the first woman to become a U.S. Senator—at the age of 87. She served for one day.

Going back a ways, in 1872, Myra Colby Bradwell studied as her husband’s law apprentice and passed the Illinois bar. But when she tried to practice as a lawyer, the U.S. Supreme Court ruled that the state didn’t have to grant a law license to a married woman.

In 1862, a new California law was the first to establish that a woman who made bank deposits in her own name was entitled to keep control of the money—and that same year, the San Francisco Savings Union approved the first American banking loan to a woman.

Before 1839, no state allowed women to own property in their own names.

This is not to suggest that today the genders are equal in their social, economic or political standing; they clearly are not. But it does suggest that this new era in the relationship between genders is part of a longer, and long-overdue progression of rights, privileges and respect.

106 Things We Do For Clients, No. 103
Keep Medical Directives Up to Date