Failing To Make A Will: A Final Act of Unkindness

We’ve made it to the middle of January, that time of year that is the graveyard for so many New Year’s resolutions. Even if you abandon any other resolutions you may have made, though, please consider carrying out a very important one. Resolve to make a will.

According to estate planning attorney John J. Scroggin, about two-thirds of Americans don’t have wills. Perhaps surprisingly, people over age 65 are twice as likely to avoid estate planning as those who are younger. 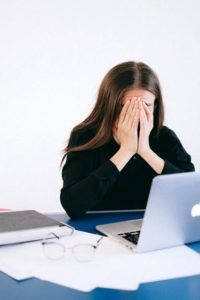 Surely, though, the rich and famous must be conscientious about estate planning. Not so; those with significant wealth are no more likely to have wills than those with no money. Just a few of the wealthy people who have died intestate (without a will) are Prince, James Dean, Jimi Hendrix, Martin Luther King, Jr., Picasso, and Abraham Lincoln.

My guess is that few of the people without wills would see themselves as failing to prepare for a financial crisis that has significant consequences. It’s true that dying without a will, unlike failing to save for emergencies or insure your property or prepare for retirement, is a consequence-free event—for the deceased. It is anything but consequence-free for the survivors, who are often left to cope with a financial crisis on top of an emotional one.

Not having a will impacts surviving family members in many possible ways: demands on their time, increased complexities and costs to the estate, strain on family relationships, the need to make decisions about treasured family heirlooms and history. There is almost no upside to survivors when someone dies intestate, only a lot of pain and heartache. Coping with a loved one’s death and carrying out their last wishes is hard enough. It’s even harder for those struggling with what one of my clients described as “would have” estate planning: trying to figure out what the deceased “would have” wanted.

Why would anyone inflict this excess pain on their loved ones? Almost certainly not as an intentional last act of cruelty or neglect. Ironically, it seems more likely that anyone wanting to use their estate to deliberately punish family members would do so by making a will.

My guess is that many times, failing to make a will is based on an unconscious “lesser of two evils” belief that the pain of writing a will is greater than the pain left to those who inherit the mess. Most people not writing a will would recoil at this idea, having no clue of the deeper emotions being covered up by this belief. Instead, they are likely to minimize the situation with statements like, “I’ll get around to it someday,” or “My kids can deal with it after I’m gone.”

Any way it’s framed, no matter how joking, unconcerned, or gruff the exterior presentation, the bottom line is overwhelmingly strong emotions being kept locked down by avoiding the subject of their death. Admittedly, the process of making a will is challenging, especially sorting through the necessary decisions about one’s legacy. The deeper reason so many of us avoid estate planning, though, is facing the painful truth that the whole process only matters because some day we will die.

It’s common to see asking a parent, sibling, or spouse if they have a will as “none of my business.” It may actually be more your business than it is theirs. Their estate planning, or lack of it, will impact their survivors far more than the decedent. Having the courage to bring up the subject may show them the painful consequences they risk inflicting on those they love most. It may persuade them that making a will is a loving and lasting gift.