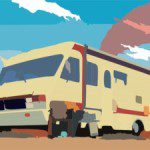 Stroll through a retirement camping resort or pass an RV on the highway, and you might see this bumper sticker: “We’re spending our children’s inheritance.”

Apparently, this isn’t a joke. A December 13, 2013, article in CNN Money reported on a recent survey by the British-based international financial services company HSBC which asked more than 16,000 people in 15 countries about their estate plans. The US ranks last in the percentage of retired parents (56%) who intend to leave money to their kids. This is significantly below the 15-country average of 69% and far below the leading percentage of 86% in India.

No doubt there are many reasons for the country-by-country differences in what parents expect to leave their children. These may include differences in cultures, beliefs about family responsibilities, and attitudes toward charitable giving.

Other contributing factors, however, are differences in countries’ economic strength and tax laws. In a December 13 interview with The Australian, Graham Heunis, the head of retail banking and wealth management for HSBC Australia, credited some of the large inheritances there to the country’s unbroken 22 recent years of economic prosperity. Australian household wealth grew 7.6 per cent a year over the past decade, making it one of the richest nations per capita in the world. Heunis also said, “In markets like the UK and US, inheritance and estate tax may cost heirs upwards of 40 per cent of an inheritance. With no inheritance tax in Australia, it’s no surprise the value and proportion of inheritance among Australian retirees is exponentially higher than the rest of the world.”

It’s refreshing to see that accumulating and keeping wealth is still looked upon as a good thing in some countries. I doubt it’s a coincidence that most of those countries have strong economies, similar to what the US enjoyed in the past.

According to the 2013 Index of Economic Freedom, Singapore and Australia, the top two countries for inheritances, are two of the only three countries considered to have “free economies.” (The third is Hong Kong, where the average amount parents expect to pass on to kids is $145,943.) The US, considered the third top “free economy” in 2000, now sits at tenth as a “mostly free economy.”

This survey is not good news for baby boomers hoping to retire on inheritances from their parents. According to CNN Money, “About two-thirds of U.S. respondents said the inheritances they receive will at least partly fund their retirement, and 10% said they will rely on their inheritance completely to retire.”

If two-thirds of middle-aged Americans expect substantial inheritances, but only about half of elderly retired parents expect to leave inheritances, somebody is going to be disappointed. Still, for those, like the majority of baby boomers, who are unprepared for retirement, every little bit helps. While an inheritance of $177,000 won’t put anyone on Easy Street in retirement, it could pay off a home mortgage or, if invested wisely, generate a monthly income of $450 for life.

One last problem for potential heirs, of course, is that just because parents expect to leave an inheritance doesn’t mean they will be able to do so. Medical expenses or other unanticipated costs might well eat up parents’ resources during their lifetimes.

Ultimately, relying on an inheritance for your retirement is never a wise move. It’s far wiser to use your own resources, start retirement planning early, and build your own financial security.

Travel on a Budget with RV Retirement

Fund Your Retirement Now and Save Your Kids Money Later