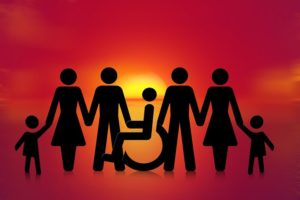 Fiduciary, client-centered financial planning is dynamic, ongoing, and evolving. The collaboration between client and planner is a relationship that often lasts for a client’s’ lifetime.

Sometimes that relationship even extends beyond a client’s lifetime if they have children or leave money to a foundation. It’s not uncommon for clients’ children to become the stewards of their parents’ financial legacy via an inheritance or being appointed the overseers of a trust fund. Nor is it unusual for the children to become clients of the financial planner, either as they create their own financial success or as they inherit from their parents.

Children often form partnerships with a parent’s financial planner as their parents age and they become caretakers of their parents’ financial affairs. It’s very common that at some point, a child will have a durable power of attorney. This responsibility includes not just paying bills, but maintaining the investment portfolio, selling real estate, and making a plethora of other financial decisions that are crucial to the parents’ wellbeing. If children don’t have good money skills or don’t know about the specifics of their parents’ finances, the task can be overwhelming. A planner’s help can be invaluable.

Sometimes, however, that next generation of relationships doesn’t evolve. I once had a long-time client who developed dementia. My financial planning meetings were now with his children, who had no understanding of the history I had with their father or the investment philosophy of the portfolio. They questioned everything I was doing: the investments, our fees, our philosophy.

Eventually, the children suggested I liquidate the portfolio and loan the money to them to use in their business. Even though they had the legal right to direct me to do that, I resisted.

This created a real emotional conflict of interest. Even though my client had legally passed the decision-making on to the children, what they wanted was not in his best interest. And knowing my client as I did through our long relationship, he would have not agreed in the least to what they requested. I decided I would rather face a judge as a result of acting in the best interest of my client instead of following the requests of the children. Fortunately, they didn’t persist.

When the client passed away, almost immediately the children called and asked me to liquidate their father’s investments and distribute cash as quickly as possible. Before long, I heard that much of the father’s estate was being squandered. After I had worked closely with this man for so long and helped him build that estate, this saddened me.

Yet this client’s legacy was no longer my concern. When children become stewards of their parents’ legacies, the money belongs to them. They might feel chained by guilt and obligation to carry out a parent’s wishes. They might squander a parent’s legacy on ill-advised pursuits, spending, and investment schemes. Ideally, they will have developed enough financial and emotional intelligence to follow a more balanced middle path.

To help children find that middle path, perhaps the best legacy parents can leave is their values. This can be done by teaching children about finances, family businesses, and family history, by leaving ethical wills, and above all by example.

Those values and the financial legacies to support them start a new cycle. Inheritances are meant to support children’s own dreams and quests for meaning. Unless the funds are left to a trust, the decision-making is literally and figuratively out of the hands of both the parents and their financial planner. The planner, as a torchbearer for clients, has the responsibility to pass that torch to the next generation.