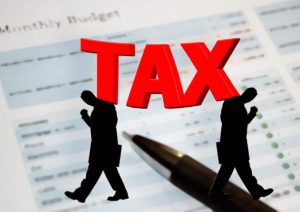 Although US Presidents’ influence on the economy is limited, their tax plans can affect Americans’ personal finances. Given Biden’s current lead in the polls and the real possibility of Democrats gaining control of the Senate, his tax plan may eventually be passed by Congress. Regardless of your political views, it’s not too soon to consider the possible implications for your own financial planning.

The Trump individual tax cuts are set to expire in 2025 unless extended by Congress. Not only is an extension looking doubtful, but the cuts may well be rolled back next year under a Democratic-controlled White House and Congress. That would increase all marginal tax rates, with the top marginal rate going back to 39.6%.

The proposal includes a 12.4% payroll tax on any earned income over $400,000, with no cap. This would leave a “donut hole” with no Social Security payroll tax for wages between the current $137,700 cap and $400,000. This is a huge tax increase that would especially hit small business owners. When you combine the 39.6% federal rate and the 12.4% payroll tax, the effective top federal tax on earned income could be 52%. Add any state income tax, like California’s 13.3%, and the top marginal rate for a small business owner could be over 65%.

The bad news for higher-income individuals doesn’t stop there. Biden also intends to eliminate capital gains on taxpayers who earn more than $1 million, effectively doubling the capital gains tax rate. Corporate income tax rates would rise from 21% to 28%, and minimum corporate taxes would be imposed.

If you own a small business, you may want to consider pushing earned income and capital gains into 2020 to take advantage of the current structure. This could save you a significant amount. For 2021 and beyond, the new tax code would encourage taxpayers to keep their salary under $400,000 and divert any additional cash flow into dividends, rent, or other non-earned income.

Estate planning would also change for many Americans. The Democratic plan would repeal the step-up in basis, meaning those inheriting a parent’s appreciated property would be hit with capital gains or ordinary income taxes. This could reduce some inheritances by up to 40%. In addition, a parent currently can bequeath $11.6 million with no estate tax, which many Democrats favor reducing to $3.5 million. The estate tax on amounts over the limit, currently 40%, could be raised up to 77%.

For example, assume Mom left her four children an estate worth $10 million, with a basis of $5 million. Today, with no tax due, each child would get $2.5 million.

If the cap were reduced to $3.5 million, there would be an estate tax of at least $2.6 million, plus capital gains taxes of at least another $1.2 million. Each child would receive almost $1 million less. That’s significant motivation to reconsider your estate plan as soon as possible.

The bottom line: the potential increases could especially affect taxpayers who have estates with appreciated assets, earn over $400,000 a year, or anticipate selling an appreciated asset in the near future. If any of these apply to you, it would be a good idea to meet with your financial planner, accountant, and estate planning attorney. There are planning techniques that could save you and your heirs a significant amount of money in the event that the Biden tax increases come to fruition. But according to Paul Freidel, CPA, Friedel & Associates, “Estate planning advisors will be buried at the end of this year if Biden wins and the Democrats sweep Congress, so waiting until after the elections may be too late to accomplish anything in 2020.”