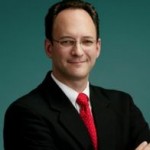 With few exceptions, when the law forms a part of a fictional narrative, the dynamic tension turns on a very human element. In Law and Order TV episodes, the conflict is between justice and an unsympathetic defendant. In a John Grisham novel, we turn the pages to see if the right side wins.

But the rule of law in our country is supposed to be blind to emotional sympathies. The law is intended to apply to everyone equally, without regard to their social status, the color of their skin, or their faith. The law limiting drivers to 35 miles per hour on LaCrosse Street in Rapid City applies in the same fashion to a poor dark-skinned Muslim with marginal English skills as it does to Governor Dennis Daugaard. In theory at least, both would receive the same exact penalty for driving 42 in a 35-mile per hour zone.

The blindfolded lady holding the scales of justice is the visual image suggesting the impartiality of the law.

The flipside of the impartiality of the law is its technical details. “The criminal was released on a technicality,” a TV prosecutor might complain. What is meant is that rather than a jury reaching a verdict of not guilty based on a thorough review of the evidence, the judge identified a procedural flaw that warranted the release of the prisoner.

We bristle at the idea. And we should.

After all, the aim of the criminal justice system is to convict the guilty, while providing reasonable safeguards against convicting the innocent.

We do so by following written rules enacted by our elected representatives. If we don’t like the rules, we ask our legislature in Pierre to change them. And we expect our judges to apply those rules fairly and impartially without favoring one side or the other.

To call a judge’s decision “results oriented” is to criticize its departure from an unbiased application of the rule of law in order to reach the result desired by the judge. We don’t ask our judges to determine the result desired, then bend the rules in order to reach that result. Judges should adhere to the rules like the blind Lady of Justice without passion or prejudice.

The recent case of State vs. Willey illustrates these principles.

John Willey was convicted of his first driving under the influence (DUI) in 2009. The next year he was arrested again for DUI. Before he was convicted on the second DUI, he was arrested again on suspicion of DUI in Pennington County. The South Dakota Supreme Court was asked to determine whether the “habitual offender” rules could be applied where Willey had not been convicted of the second DUI before the third DUI arrest was made.

The court quietly examined the text of the statute to determine if Willey could be given an enhanced sentence for his third DUI. Note the resistance of the natural impulse to “throw the book” at a third time drunk driver. The Court concluded that the plain language of the statute required the prior felony conviction to precede the commission of the principal offense. Otherwise, the “habitual offender” rules do not apply.

Restated in baseball turns: Willey couldn’t be called out on his third swing in the absence of a second called strike at the moment he swung his bat.

When courts apply the law like technicians, we may disagree with the result, but we should celebrate the process. If we feel that someone like John Willey should be punished as a third time offender, then we should complain to the legislature, not the courts.

Thomas E. Simmons is a partner with the Rapid City law firm of Gunderson, Palmer, Nelson & Ashmore, LLP, where he is a member of the firm’s Business and Estate Planning group.