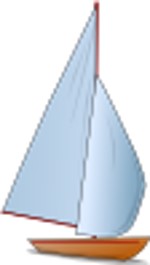 At a recent workshop sponsored by the Center for Action and Contemplation, I was introduced to a principle that could be a helpful way to frame and change hurtful money behaviors. It’s based on the work of Adrian Bejan, a professor of mechanical engineering at Duke University, whose Constructal Law describes the physics of life as a flow system.

Flow systems consist of three interweaving forces: affirming (what moves or flows), denying (what opposes or resists), and reconciling (what brings the first two into a new relationship).

In human interaction, philosophers often refer to this principle as the Law of Three. One place we can see it is in the US government. We have an affirming force (a Democratic Senator, say) that proposes a bill and the denying force (perhaps a Republican House member) that opposes it. The result is gridlock unless the third reconciling force (perhaps moderate members of both parties) can merge mutually acceptable pieces of both the affirming and denying forces into new legislation.

It’s important to recognize that no force is inherently good or bad, and neither is the reconciliation always positive. For example, Hitler was the reconciling force of the two opposing forces in pre-WWII Germany.

The key to transformation—creating a new system or behavior—is becoming aware of the two conflicting forces and finding a way forward.

How can we apply the Law of Three to our finances? Take the example of a chronic overspender who tried for years to reduce his spending and live within his means. The problem was his love for “big boy” toys. There wasn’t a boat, ATV, motorcycle, or power tool that didn’t call to him. Predictably, like a sailboat without a helmsman, his financial ship was blown about aimlessly and in danger of sinking deeper and deeper in debt.

He had a long-time pattern of struggling with the desire, unsuccessfully trying to resist it, and feeling ashamed and guilty when he finally gave in and bought the new toy. His first step toward change was to notice what went on emotionally when he began craving another toy, and he identified a pattern of feeling empty, lonely, and anxious at those times. Focusing on the anticipation of buying the new toy pushed aside the difficult feelings. He also came to see that he found much of his identity as the guy with the newest toy.

With financial therapy, he was able to reconcile the historical causes of those emotions with the desire for the toys and financial solvency. This shift allowed him to greatly reduce his spending on toys but still occasionally and consciously buy one. He was able to live within his budget and begin funding a retirement plan. Becoming able to apply the reconciling force allowed him to move forward with his financial goals.