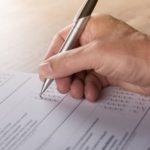 “The higher your IQ, the greater the probability you will earn more than average.”

Like many people, I have believed this common money script to be true. It seems to make sense that the smarter you are, the more likely you are to succeed financially. Many of us assume there must be a correlation between higher incomes and high cognitive abilities as measured by IQ tests.

I was surprised, however, to learn that this is not the case. A study published in November 2016 in the Proceedings of the National Academy of Sciences showed that a high level of innate intelligence is no indicator of financial success.

A December 2016 article in Bloomberg, “If You’re So Smart, Why Aren’t You Rich?” cited one of the co-authors of the study, economist James Heckman. When he asks how much of the difference between people’s incomes can be tied to their IQ’s, most people guess between 25% and 50%. The actual number is about one or two percent.

The study found that personality plays a much bigger part than IQ in financial success. The personality trait that was most strongly associated with earning a high income was conscientiousness.

What, then is conscientiousness? One definition from the English Oxford Dictionary is “wishing to do one’s work or duty well and thoroughly.” A conscientious person is described as diligent, dedicated, perseverant, self-disciplined, meticulous, attentive, careful, studious, rigorous, and hard-working.

The article also warned to be careful not to confuse a high IQ with good grades. They are two very different things. It found that grades and the results of achievement tests were better than raw IQ scores at predicting success. Cognitive ability is only one factor in getting good grades. There are several non-cognitive factors that heavily influence grades, such as perseverance, good study habits, and the ability to collaborate. All of these, of course, are qualities of being conscientious.

The study also found that a secondary trait influencing financial success was curiosity. This is one of the nine traits commonly found in people with high emotional intelligence, according to Dr. Travis Bradberry, author of Emotional Intelligence 2.0. In a November 2016 article titled “9 Habits Of Highly Emotionally Intelligent People,” Bradberry says that emotionally intelligent people are curious about everyone around them. “Curiosity is the product of empathy, one of the most significant gateways to a high EQ.” Bradberry says the more a person cares about other people and what they’re going through, the more curiosity they will have about them.

The bottom line in financial success is that personality counts, a lot.

This is good news for parents of young children. While you can’t do much to influence a child’s IQ, you can influence conscientiousness and curiosity.

One way to do this is through direct teaching. For example: Give them some responsibility for household chores. Provide work spaces and schedules to foster good study habits. Help them explore and learn about things they show interest in. Show them that you appreciate emotional intelligence and relationships. Encourage them to finish what they start, and celebrate and appreciate their successes when they persevere.

To teach financial conscientiousness, encourage kids to save for things they want. Allow them to experience the consequences of financial misjudgments like spending all their allowance the minute they get it. Involve them in family projects like planning and saving for a vacation.