Frugality Syndrome: Making The Shift From Saving To Spending

I have exhibited tendencies toward pyromania most of my life. As a Boy Scout, my favorite activity was starting and stoking a campfire. As an adult, my best birthday gift ever was a flame thrower designed by my son which made quick work of a pile of pinecones and balloons safely arranged in our driveway. 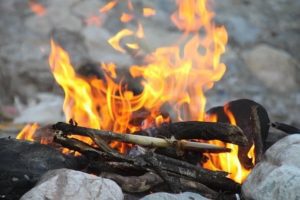 One thing I have discovered as a pyromaniac: it is usually easier to start a fire than put one out.

This is one reason I’m not a big fan of the FIRE (Financial Independence, Retire Early) movement, which advocates extreme frugality in order to retire as early as age 30. Recently, my associate Nathan Gehring wisely noted that the biggest challenge with the skills and discipline needed for a FIRE plan is not starting (which isn’t necessarily easy) but stopping (which can be very difficult). Why?

Like building an actual fire, building frugality into one’s lifestyle starts slowly. The benefits of spending less and saving more aren’t immediately obvious. It can take decades to accumulate enough to support your desired lifestyle.

For some savers, especially FIRE advocates, frugality can become a way of life, a game, and a habit that’s hard to break. It can become, not the means to reach the goal of financial independence, but the goal itself. This is what I call “Frugality Syndrome.”

When someone with Frugality Syndrome reaches the original threshold amount needed for financial independence, they often move the goal ahead. Sometimes it’s because life circumstances, the economy, or values have changed. Many times, however, it’s because a long-term focus on frugality, like a raging wildfire, has a momentum that’s difficult to stop.

It’s hard to pivot from accumulation mode to distribution, from saving to spending. Actions that once threatened one’s financial survival—like taking money out of investments instead of putting it in—become necessary for one’s financial survival. This is a tough about-face for the brain to implement. As a result, people who have reached their financial goal often continue to work or restrict their spending to avoid drawing down their investments.

What can you do to prepare for the day when you have enough to fund your lifestyle from your investments plus Social Security and pension income? How can you turn around a habit of frugality?

If you find that starting a FIRE is much easier than putting it out, plan early in retirement to address the financial and emotional aspects of the transition from saving to spending, so you can enjoy the security you’ve built with your frugality.