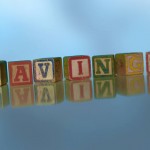 What would it take for you to become financially independent? It’s a common goal, and it means different things to different people. I define financial independence as maintaining a lifestyle that supports wellness without having to earn an income.

Happiness and wellness are not necessarily the same, but recent studies suggest an income of around $60,000 is optimum for producing happiness. This is an average, so the equivalent amount might be around $50,000 in areas like the Black Hills and $100,000 in places like New York City.

How much of a nest egg do you need to save to produce an annual income of $60,000? To maintain the purchasing power of your portfolio throughout your lifetime, you will want to limit your annual withdrawals to 3% of the principal. This assumes you’ve invested for the long term in a diversified portfolio with the majority in stocks and alternative investments. To throw off the needed income, you will need $2,000,000.

While two million bucks sounds like a lot of money, accumulating that amount can be done if you start saving early by living on less than you make. A couple who start contributing $10,000 a year to their ROTHs at age 22 and who stop making those contributions at age 29, assuming they invest in equities with an average annual return of 8.5%, will have a reasonable chance of having $2,000,000 by age 65. Similarly, a couple who start saving $10,000 a year in their ROTHs at age 29 and continue to save until they are age 66 will also have $2,000,000.

So, how do you save money? The most common denominator among my clients who have accumulated wealth isn’t the career they chose or the investments they made. It’s their ability to understand, apply, and enjoy frugality.

I asked a friend of mine, a self-made multi-millionaire, how he would explain frugality. He responded, “How would you feel if someone paid you $180 an hour to walk?”

Then he told me this story:

“When I travel on short business trips I often leave my car parked at the airport. It’s more convenient and cheaper than the airport shuttle. I got used to parking in the short-term lot because it’s closer to the terminal than the long-term parking. The short-term parking costs $9 a day, while the long-term parking is $8. Many people might figure on short trips they could easily afford the extra $2 or $3 and reap the benefit of reducing their walk to the car.

However, a frugal person might wonder just how much that benefit would be. I figured out how long it took me to walk the extra steps from the long-term lot to the short-term lot—30 seconds. Walking the same distance on my return makes my extra round-trip walking time 60 seconds. On a three-day trip, my total savings for this one-minute walk is $3, which adds up to $180 an hour.

To my brain, saving $3 seems trivial and meaningless, but being paid $180 an hour is significant enough to interest me. I’ll sign up for that in a heartbeat. Now, I park in the long-term lot.”

For a successful businessman to care about saving a couple of bucks on parking might seem silly or even miserly. But my friend’s story is an example of a frugal mindset. Frugality is choosing not to spend more than necessary on things that don’t matter, so you can spend on things that do matter.

Like saving for your future. Then someday, when you’re financially independent, people can wonder why you think frugality matters.