Successful Habits of Habitat for Humanity 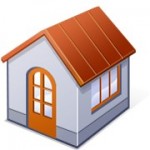 After all the Christmas giving and end-of-year donations, January might come as a welcome breath of fresh, cold air. We can take advantage of the break from charitable solicitations and appeals.

Or maybe we can take advantage of the opportunity to consider ways to give more consciously and deliberately in the coming year. One organization that is a strong example of conscious giving is Black Hills Area Habit for Humanity.

Most of us probably know at least vaguely that Habitat’s mission is to build houses for low-income families. What we may not be aware of is the relatively high success rate for Habitat homeowners. All of them are high-risk applicants that conventional home lenders would turn down. Yet, of the 71 homes completed in the Black Hills area since the local organization began in 1990, there have been just two foreclosures and six owners have paid off their loans. Four families relinquished their homes due to life changes unrelated to their financial ability to keep making payments. Of 63 current loans on Habitat’s books, only two are currently delinquent.

Why does Habitat’s lending program work? I see several reasons:

1. Homes are genuinely affordable rather than artificially affordable. Instead of subsidies or donations that put buyers into more house than they can afford long-term, Habitat houses are modest by today’s standards. Their prices are also kept down through donations and volunteer labor.

2. High standards at the outset. Applicants must be living in inadequate housing, meet low-income guidelines but have enough dependable income to afford mortgage payments, complete homeownership and money management classes, and come up with about $1500 to $2000 up front to cover costs such as homeowner’s insurance. Habitat only accepts about 10% of those who apply for homes. When they sign the mortgage documents, new owners take on the full responsibilities of homeowners including maintenance, property taxes, improvements, and timely mortgage payments.

3. The borrowers invest their own time and energy. Every adult in an applicant family has to contribute 250 hours of “sweat equity,” helping build their own home or someone else’s or working in Habitat’s ReStore center that sells recycled building materials. They are not allowed to move into their homes until all the required hours and classes are completed.

4. Partnership and relationship. Habitat employees, volunteers, and families spend months working together, both during the home-building process and for the first year of ownership. Applicants don’t just receive homes, they learn how to be responsible homeowners. From the beginning, they are active partners and participants in a supportive community.

5. Clear communication and tough love. Habitat holds periodic public information sessions for potential homebuyers and has a detailed application process. The expectations and responsibilities of borrowers are clearly spelled out from the beginning. Families don’t just promise to be responsible homeowners; they demonstrate that responsibility by their actions before they ever get the keys to their new homes.

R. Scott Engmann, the executive director of Black Hills Area Habitat for Humanity, believes one reason the Habitat process works is its similarity to a “village that takes care of itself.” He says, “There are all kinds of support mechanisms and resources available when we work together.”

Our economy is still recovering from a burst housing bubble caused in part by public policy that encouraged people with subprime credit to buy more house than they could afford. Government housing programs could learn from Habitat’s success. Especially in this economy, Habitat’s commonsense approach is a refreshing example of conscious giving. It shows what “a hand up rather than a handout” really means.