The Evils of Underspending 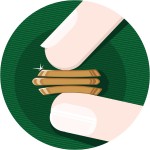 That’s my usual financial advice, and it’s well worth repeating even though too many Americans aren’t following it. Sometimes, though, I find it necessary to work with clients to overcome a different problem—underspending.

Huh? How can underspending possibly be a problem? Isn’t it a virtue to save and accumulate?

Of course it is. Accumulating wealth typically requires people to live on much less than they earn. Being frugal is the common denominator of almost every first-generation wealth builder. But don’t confuse living on less than you make with underspending.

Like almost everything, saving is but for a season. Once people retire and stop earning money from a business or a job, a new era begins where it’s time to consume the fruits of their frugality. The problems start when the wise frugality of the earning years continues long past the time that it’s necessary. Frugality then can turn to under-consumption.

What’s wrong with someone living on less than they could? Is it bad to continue to be thrifty? Of course not. The habit of frugality isn’t something people can turn off at a flip of a switch, and maybe that’s part of the problem. Wealth accumulators have lived with the money script of “Don’t consume your investments or savings” for so long, that when the time comes to begin living off of their investments it poses a significant challenge.

The result can be underspending, which is frugality taken to extremes. As I define underspending, it is spending significantly less than the amount you could conservatively spend annually and still have a 99% chance of never running out of money.

Underspending is not the same as continuing to make frugal choices during retirement and economizing when possible. Typically, underspending results in people failing to get adequate medical care, eat a healthy diet, live in a well-maintained and comfortable home, or use help and support that would make life easier.

What’s wrong is what they don’t spend money on. Both of them have neglected their health. They do get annual checkups from their family doctor, which are covered by Medicare. Yet neither of them has seen a dentist for several years. Eleanor needs hearing aids but won’t get them because they “cost too much.” Even though Martin’s eyesight is beginning to fail and night driving is difficult, they insist on driving thousands of miles to visit their children because airline fares are “so outrageous.”

They sleep on a mattress that is 20 years old. Their house needs painted inside and out. Only two burners work on the kitchen stove, but they get by because it isn’t really a problem except at Thanksgiving when the family comes to visit.

The cure to underspending is not running out and spending money frivolously or indulgently on things or experiences that don’t really add value to your life. Instead, it’s using what you have to make your life more comfortable and enjoyable.

There is a season to plant for the future, with hard work, frugality, and saving. There is also a season of harvest. That’s the time to use what you have accumulated to support your health and well-being.