The Real Financial Return of Investing in Counseling 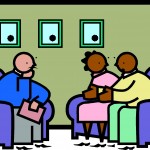 As a young adult, what could you spend money on that would be a wise investment in your financial future? A home? A college education? A money management class?

All of these may be good ideas, but there’s something else you can buy that could make an even greater difference in your long-term financial health: counseling.

What does psychological counseling have to do with money? Sometimes, a lot. I was recently interviewed by a reporter for an article about money disorders. The conversation reminded me just how many problems can result from dysfunctional money beliefs and behaviors. Money disorders can impair people’s functioning and disrupt their lives just as significantly as disorders like alcoholism or other addictions.

Some common money disorders include the following:

• Compulsive Spending is a consuming focus on spending. It can include buying things you can’t afford as well as shopping where no money is actually spent
• Financial Enabling is a codependent attempt to help others that actually does more harm than good. A pattern of bailing kids out financially is a good example.
• Hoarding is compulsively buying and storing things that you don’t need or will never use.
• Financial Infidelity is keeping money secrets (such as spending, saving, or investment mistakes) from your partner because you would be ashamed to have them find out.
• Financial Incest is inappropriate sharing of worries or financial details in ways that violate the boundaries between children and adults.
• Workaholism is a consuming focus on work or earning to a point of damaging your relationships.
• Underspending is frugality taken to extremes, such as inadequate spending on health care, nutrition, shelter, or clothing even when you can afford them.

All these disorders have one thing in common: fundamentally, they aren’t about the money. A given pattern of behavior around money can be someone’s unconscious response to emotional pain, in the same way addiction or anger might be. For that particular person, the money behavior may just happen to be the medicator that works to cope with deep emotional stress. While one person may find relief in alcohol or drugs and another may find it in work, someone else might use shopping or hoarding as a way to feel better and function in the world.

Just like addictions, however, money disorders only relieve pain for a short time. In the long term, they only cause more pain. The result is an escalating cycle of destructive behavior that has many negative consequences, including financial ones.

To see how emotional health and financial health are linked, all you have to do is read a celebrity magazine or look around at the people you know. I’ve seen high-earning professionals who have a negative self-worth because they can’t control their spending. We all know people who bounce from one financial mess to another, never seeming to learn from their money mistakes. Some very capable and intelligent people struggle financially and in their careers because of emotional issues that have nothing directly to do with money.

Counseling to resolve emotional issues may seem to be a low-priority expense that comes far down the list after basic needs like housing, food, and transportation. Yet for anyone who struggles to overcome destructive patterns of behavior—even those that aren’t directly about money—counseling can pay off in very real monetary ways.