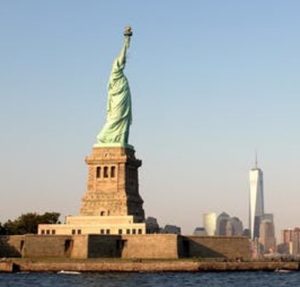 Is the American Dream slipping away? Yes, according to an article by David Leonhardt, The American Dream, Quantified at Last, published in the New York Times in December 2016.

Leonhardt finds that new research done for the Equality of Opportunity Project has finally made measuring the American Dream possible. According to that research, Trends in Absolute Income Mobility Since 1940, the ability to attain the American Dream has fallen from 92% in 1940 to 50% today.

For me, this report raised a few questions. First, how do we define the American Dream?

Merriam-Webster calls it a “happy way of living that is thought of by many Americans as something that can be achieved by anyone in the U.S. especially by working hard and becoming successful.”

Wikipedia says it is “the set of ideals (democracy, rights, liberty, opportunity, and equality) in which freedom includes the opportunity for prosperity and success, and an upward social mobility for the family and children, achieved through hard work in a society with few barriers.”

James Truslow Adams, in his 1931 book The American Dream, defines it as life being “better and richer and fuller for everyone, with opportunity for each according to ability or achievement.”

These definitions suggest the American Dream is every person having the opportunity through ingenuity and hard work to achieve financial and emotional well-being.

Interestingly, the study Leonhardt cites used none of these definitions. Instead, it chose one from Lawrence Samuel’s 2012 book, The American Dream: A Cultural History: “the ideal that children have a higher standard of living than their parents.”

Leonhardt calls this data “deeply alarming.” He says, “It’s a portrait of an economy that disappoints a huge number of people that have heard that they live in a country where life gets better, only to experience something quite different.” I am guessing the disappointment to which he refers is what most people experience as life getting worse.

It seems to me defining the American Dream as an economy where children perpetually make more money (adjusted for inflation and taxes) than their parents misses the mark. As an economy improves and matures, that’s not sustainable.

Indeed, our country is experiencing exponential decreases, but the decreases are instead in those living in extreme poverty. We are actually experiencing substantial increases in those earning more. Research in 2016 by Stephen J. Rose found that from 1979 through 2014 the number of households becoming affluent (incomes were adjusted for inflation) increased eighteen times, from 0.1% of the population in 1979 to 1.8% in 2014. The upper middle class increased from 12.9% to 29.4%. This, of course, left significantly fewer people in the categories of middle class, lower middle class, and poor.

As more people increase their standard of living, it’s only logical that the relative income growth of future generations will decrease. At some point in time, enough is enough.

Instead of seeing the American Dream solely in terms of out-earning our parents, it may be more useful to go back to the second part of James Truslow Adams’ definition: “It is not a dream of motor cars and high wages merely, but a dream of social order in which each man and each woman shall be able to attain to the fullest stature of which they are innately capable, and be recognized by others for what they are, regardless of the fortuitous circumstances of birth or position.”