Who Made That Olympic Medal Happen? 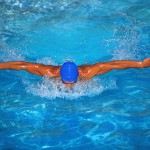 Those record-breaking 19 Olympic medals that Michael Phelps received? He didn’t really win them. Somebody else made that happen.

True, Phelps was the one who swam those thousands of miles over the years. True, it was his commitment that kept him at the pool for hours when he could have been playing video games like “normal” teenagers. True, it was his muscles that ached as he practiced and honed his skills.

According to our President, none of that means Michael Phelps won his medals. The people who really won them were his coaches, the people who supported him, and those who built the pools he swam in.

Of course no one succeeds at sports competitions like the Olympics without coaching, support, encouragement, and help from many others. The athletes are the first to acknowledge this. Yet it’s the athletes we reward with medals, because we understand that, ultimately, they are the ones who have the dream, make the sacrifices, take the risks, and do the work. It would be absurd to tell them, “You didn’t do that. Somebody else did.”

It’s just as absurd to tell successful business people, as our President so famously did, “If you’ve got a business, you didn’t build that. Somebody else made that happen.”

It’s always important, in quoting someone, not to take their words out of context. So here is what President Obama said in leading up to his “you didn’t build that” line: “If you were successful, somebody along the line gave you some help. There was a great teacher somewhere in your life. Somebody helped to create this unbelievable American system that we have that allowed you to thrive. Somebody invested in roads and bridges.”

Up to a point, of course, he was right. Just like successful athletes, successful business people have help and support from family members, teachers, mentors, and their communities. Yet, just like athletes, they are ultimately the ones who take the risks and put in the long hours to fulfill their dreams. And if a business fails, as many new ones do, it’s the owner who is responsible for paying off the losses.

And the “somebodies” who invested in roads and bridges? Those would be taxpayers. Taxpayers who only had the money to pay taxes because they made profits from their own businesses or earned wages in someone else’s businesses. Governments may contract for the projects that build our infrastructure, but taxpayers fund those projects.

Listening to our President, one could conclude that it’s the success of government, not the successes of entrepreneurs, that gives us our high standard of living. Government does have a role in supporting a country’s economy, which is to provide services and infrastructure that support entrepreneurship. Yet the government can only pay for those services with the tax dollars of its citizens. A government can’t be economically successful unless the citizens are economically successful first.

In the aftermath of the Olympics, how many kids are swimming laps because they want to emulate Michael Phelps? Or practicing gymnastics moves because they’ve been inspired by Gabrielle Douglas? Because of their success, these athletes are admired role models.

When it comes to business, however, our high achievers too often are seen as enemies to be despised instead of role models to be emulated.

There is one point on which I absolutely agree with the President. Our American system—otherwise known as “capitalism”—is what has allowed business owners to thrive. The more our government discourages individual ingenuity, risk-taking, or labor instead of supporting and rewarding it, the more we endanger that system.