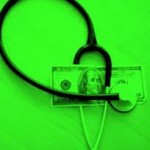 “I’m not sure what’s wrong or what kind of surgery you need, but we have to operate right now.”

If you heard this from your doctor, you’d jump off the examination table and run for the door. Yet that’s essentially the approach the President and Congress used three years ago to pass a bill, optimistically called the Affordable Care Act, that was the largest transformation of the U.S. health care system in our lifetime.

During the frenzied debate our elected leaders made many promises as to the amazing benefits this legislation would bestow on Americans. After listening to speeches from President Obama, Speaker of the House Nancy Pelosi, and President of the Senate Harry Reid, I recounted those promises in this blog on March 21, 2010.

Let’s revisit those promises.
1. All Americans will now receive affordable, or free, quality health care.
2. No one will ever be denied coverage.
3. No one will ever go into bankruptcy because of the costs of health care.
4. There will be increased access to health care for 95% of Americans.
5. There will be no decline in the quality of health care.
6. Health care costs will go down.
7. Health insurance coverage will be affordable to the middle class.
8. There will be no decline in Medicare benefits.
9. Insurance premiums will decline for the middle class.
10. It will unleash unprecedented entrepreneurial opportunity and stabilize the economy.
11. The deficit will decline, saving taxpayers $1.3 trillion.
12. It will cut $500 billion of waste, fraud, and abuse out of Medicare.
13. No government funds will be used to fund abortion.

Are these promises coming true? Many of them are pending full implementation of the act in 2014. Others have fallen flat or encountered the law of unintended consequences.

I’ve heard recently from several owners of small businesses about their increased health insurance costs. In addition to premium increases of nearly 50% over the past two years, they are seeing increased administrative costs from what one person called the “insanity and complexity” of the new regulations.

Businesses with fewer than 50 employees aren’t required to provide health insurance (check the E111 FAQ for more details). The incentive for owners of businesses close to that threshold is to keep employee numbers below 50, which means curtailing growth or even laying people off.

Those without employer-provided insurance are supposed to be able to shop for coverage in new health care exchanges, beginning this October. However, half the states have chosen to rely on the federal government instead of setting up their own exchanges.

This has brought criticism even from former supporters like Democratic Senator Max Baucus of Montana, who helped write the health care bill. He is concerned that the exchanges will not open on time and consumers won’t have the information they need to use them. He told the Huffington Post that Obamacare is headed for a “train wreck.”

The proponents said the ACA would cost $938 billion over 10 years. In addition to the promised Medicare savings, this was to be covered by a total tax increase of $562 billion over 10 years. This included a Medicare tax of 3.8% on dividends, rents, interest, and investment income on individuals and small business earning over $250,000.

The Office of Management and Budget, however, places the cost at $1.8 trillion over 10 years, resulting in a shortfall of around $900 billion.

Whether Obamacare becomes the wild success the proponents guaranteed is yet to be seen. However, what we’ve seen so far isn’t promising. We as consumers would be well advised to pay close attention and ask tough questions before we accept this drastic surgery.

What do Bitcoins and Tulips Have in Common?
Rick Cited in FoxBusiness Article