The Middle-Class Cost of Medicare for All

The concept of “Medicare for All” is getting a lot of attention in the 2020 Presidential race. Senator Elizabeth Warren’s promise that it will not cost the middle-class “one penny” has much appeal. 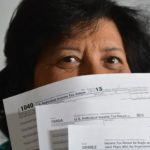 While most Americans support providing free medical care to those who need it most, making it with no additional cost to the middle class would be something never before accomplished by any country that has universal health care. The middle class in those countries pay income taxes of up to 40% and a national sales tax equivalent of 15% to 25%.

Recently, Senator Warren revealed how she will finance her plan. She estimates the cost over a decade at $20 trillion in new federal spending. Estimates by six independent financial organizations are higher, ranging from $28 trillion to $36 trillion.

Here are some of the general provisions of her plan.
1. She would tax both employers and employees an amount equivalent to what they currently pay in health insurance premiums. This will bring in $11 trillion.
2. She would increase taxes on the top 1% of individuals and large corporations to generate $7 trillion.
3. The balance of the money needed, $2 to $18 trillion (depending on whether you believe Ms. Warren’s numbers or the other six independent estimates) would come from new-found efficiencies, tax enforcement, and reductions in wasteful spending. There is widespread doubt that this is even remotely possible.

A Forbes article describing the tax increases aimed at wealthy individuals caught my attention. These increases include:
• Adding a wealth tax of 2% to 6% on household net worth above $50 million
• Eliminating the favorable tax rate on capital gains
• Increasing the “Obamacare” tax from 3.8% to 14.8% on net investment income above $250,000
• Eliminating the step-up in basis for inheritors
• Increasing the salary subject to Social Security from $132,900 to $250,000
• Lowering the estate tax exemption from $12 million to $7 million
• Establishing a financial transaction tax of 0.10%.

Diann Howland, vice president of legislative affairs at the American Benefits Council, cited in an article in InvestmentNews, called the proposal “not a great thing to do to the middle class.”

The 0.1% financial transaction tax is more damaging than it might seem at first glance. It applies to all the securities sold and purchased within a mutual fund or ETF, as well as the purchase and sale of the funds by investors. By my calculations it can easily add a cost of 0.20% to 0.30% a year to every fund investment. Given that some index mutual funds only charge 0.10% in total expenses, that’s a cost increase of 200% to 300%.

Eliminating the step-up in basis on inheritances and the favorable capital gains tax rate will also affect the middle class. According to a 2013 survey by HSBC Bank, retirees expected to leave their heirs an average of $177,000. If the average basis is one-half of what’s inherited, the elimination of step-up in basis and capital gains tax will cost middle class inheritors $10,000 to $20,000 more in taxes.

Senator Warren’s proposed tax increases will affect the middle class as well as the wealthy. They also fall short of covering the estimated cost of her plan. Assuming, then, that Medicare for All could be implemented with no increase in federal income or sales taxes for the middle class may well be a pipe dream.