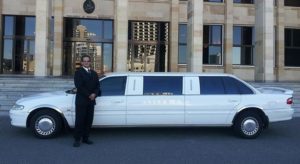 If you watch TV shows that flash luxury products and feature rags-to-riches stories or the lives of the rich and famous, will you become more materialistic and cold-hearted toward the poor? You might, according to an August 1 story by Sarah Knapton in The Telegraph, “Keeping Up With the Kardashians may make viewers cold-hearted towards poor, study suggests.” It cites research done by the London School of Economics showing that “just 60 seconds of exposure to materialistic media is enough to significantly increase anti-welfare sentiment.”

The article mentions two studies. In the first, participants were divided into two groups. One group was shown clips of luxury products, rich and famous people, and rags-to-riches stories. The other group saw neutral images of London sights, natural scenery, and headlines about dinosaurs. Both groups were then asked questions that evaluated their attitudes toward wealth and success, government benefits, and impoverished people. The group shown the materialistic media scored more negative attitudes toward welfare and welfare policies.

In the second study, participants were asked if they regularly viewed shows like The Apprentice and X-Factor. Those who did were found more likely to hold materialistic and anti-welfare attitudes.

I have some doubts about these studies. For one thing, they mix data on two very different issues—an acute reaction to a stimulus and a chronic behavior.

In the first study, both groups were exposed to stimuli and their reactions were immediately measured. What the research apparently did not do was follow up in one day, one week, or one year to see if the negative anti-welfare impact persisted. My hunch is that, had they tested the two groups one week later, there would have been no significant difference between them in their materialistic or anti-welfare sentiment.

My belief that this is a short-term phenomenon is supported by similar research in neuropsychology made popular by the field of behavioral finance. For example, if two groups are asked to guess the price of something and one group is given a random number before guessing and the other isn’t, the guesses of the first group will be closer to that number than those of the second group. This is called Anchoring, which lasts but moments. A person’s ability to price the object into the future is not permanently impacted.

This is a separate issue altogether from the second study. Here we are talking about a long-term, chronic behavior. People who regularly watch these shows are drawn to them, in part, by their beliefs about money, known in financial therapy as money scripts. I would make the case that many regular viewers held money scripts of valuing wealth and materialism before they watched the shows. While it is unlikely viewing the show created these beliefs, it probably reinforced them.

Can media affect our attitudes toward money? This is a chicken-and-egg question. What comes first? Does the money script attract the viewer to the show, or does the show form the money script? My experience suggests it’s mostly the former.