55 Companies Pay No Taxes–And There Is A Reason

A tweet by President Biden on October 20, 2021, got my attention: “Here’s the deal: If you spent $3 on your coffee this morning, that’s more than what 55 major corporations paid in taxes in recent years.” The president has used this statistic in speeches or interviews 10 times since April, when the Washington Post ran a story headlined, “Dozens of America’s biggest businesses paid no federal income tax—again.“ 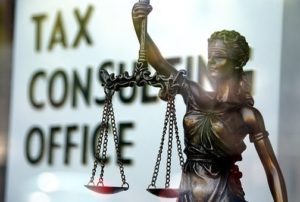 If your immediate reaction is outrage, you are in good company. Scores of politicians around the nation are also requoting this statistic as evidence that we need to immediately pass punishing legislation raising taxes on these US Corporations that are avoiding paying their fair share of taxes on their profits because of legal, but unfair, manipulation of the tax code afforded only to wealthy corporations. The thought that average taxpayers are paying more in taxes than some of America’s largest corporations screams of corruption and unfairness.

These headlines are not new. In 2019, the Center for Public Integrity reported, “At least 60 companies reported that their 2018 federal tax rates amounted to effectively zero, or even less than zero.“

How do these companies get away with this?

First, while the headlines may give the impression that the same corporations chronically pay no taxes, year after year, an investigation shows this is not the case. According to an article, “10 Common Tax Myths, Debunked,” from the Tax Foundation, “It’s true that in some years, certain corporations, often those that appear profitable, pay zero federal income taxes. That’s not due to any tricks or ‘loopholes’ though. There are several legitimate reasons why a ‘profitable’ corporation should not pay income taxes.”

My research found these companies apply legal incentives to reduce taxes that encourage capital investment into the US economy. These incentives are also available to most small business in the US. These techniques are not secrets, evasions, or sleight of hand. They were intentionally included in the tax code to encourage businesses to invest in capital improvements and provide jobs to the economy.

Here is how some of those incentives work.

I have seen many owners of small businesses use these same incentives, particularly carrying forward losses that result from essential start-up costs. The corporate tax code generally applies equally to all businesses. It is meant to encourage small companies as well as large ones to take the risks necessary to create new jobs.

As with any headlines or sound bites from political figures, it’s a good idea to dig a little deeper before you respond with outrage. Many statements are true but incomplete, meant to paint a picture to forward an agenda or attract attention. A healthy dose of skepticism and objective fact-checking of almost every statement can help all of us maintain a balanced view of reality.