What would you guess the average American worker makes in a year?

This is the question Nina Strohminger, professor of legal studies and business ethics at University of Pennsylvania’s Wharton School of Business, asked her business students recently. Wharton is the second highest ranked business school in the US, behind Stanford, so you would expect these students to be astute. Yet according to a January 21 news article by Ximena Conde in The Philadelphia Inquirer, some of their answers set the Twittersphere ablaze. 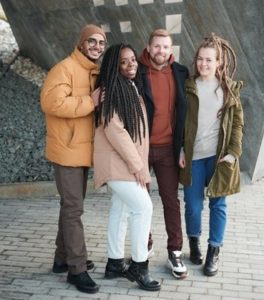 The professor tweeted that 25% of her class guessed the average American made a six-figure salary. “One of them thought it was 800k,” tweeted Strohminger, adding that the real number is $45,000.

With all the outrage over how out of touch and elitist was the students’ knowledge of economic reality, it’s only fair to note that 75% of the students guessed an average income of under $100,000.

What stood out to me in researching this article was not how out of touch with reality 25% of these students were. Their erroneous guesses make more sense when one factors in that the median family income of Pennsylvania University students is $195,500, according to the New York Times. The annual tuition at Wharton School of Business is $55,000 annually, equal to what an average American worker makes annually.

Perhaps the real story here is that 25% of the students appeared to be in touch only with their own affluent reality, while 75% of the class didn’t let their personal family’s economic standing cloud their view of reality. Internet outrage aside, we might give a little grace to the students who may have the perspective that their family is average.

As children, how many of us thought our family’s economic standing was “normal”? Probably most of us. My research and experience in working with clients as a financial planner and financial therapist finds there is a good reason for this. Most of us tend to hang out with people who are in the same financial comfort zone as we are—those who tend to have similar incomes, lifestyles, spending and savings habits, and beliefs about money.

For those growing up in wealthy families, “normal” may include private schools, international travel, live-in household help, and expectations of an Ivy League education like Wharton, followed by a lucrative career.

Those growing up in families with limited incomes will inhabit a much lower financial comfort zone. Their “normal” might include shopping at thrift stores, squeaking by from month to month, and having little or no expectation of higher education or financial success.

In both cases, the expectations people grow up with tend to keep them in their financial comfort zones. These zones are artificial financial boundaries that we impose on ourselves and others. They are not necessarily defined by what we can or cannot afford; they are not necessarily constructed in reality. Yet we become uncomfortable if we move too far outside them.

The 25% of professor Strohminger’s class who thought their family’s economic standing was average are no different than most of America. The financial comfort zones that we know as “normal” are likely to skew our perception of reality. This can lead us to see “average” as who we are rather than what it actually is.