Can You Election-Proof Your Retirement Portfolio?

In two recent columns, I suggested that consuming a politically unbalanced media diet could negatively affect your long-term investment returns. The more strongly people buy into the rhetoric of their political parties, the more difficult it is to be pragmatic about their investments. 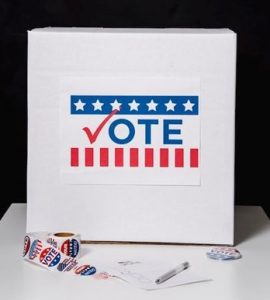 I’ve witnessed this with every Presidential and midterm election. A few investors always become fearful of an economic Armageddon if what they view as the “wrong” presidential candidate  wins or the “wrong” party takes control of Congress. They typically want to liquidate their portfolios ahead of the political and economic disaster that will undoubtedly unfold, sit safely on the sidelines, and wait until “things are better” before jumping back in.

Here’s what I’ve done to protect my own investment portfolio from a possible election day disaster: nothing. I don’t believe, nor does the research support, that either the Democrats or Republicans gaining or retaining control of the Senate or the House will make any long-term difference to a diversified investment portfolio or the US stock market.

Historically, stock market returns tend to be slightly lower for the two years following a Presidential election. This trend has continued for the first two years of Biden’s presidency, with the S&P 500 index down 0.75%. Conversely, the two years before a Presidential election, stock market returns tend to be higher. This means history favors the stock market doing much better in 2023 and 2024. Research finds it doesn’t make much difference which party controls the Congress or the White House.

To support this theory, an article from US Bank on October 11, 2022, found, “The S&P 500 Index has historically underperformed in the year leading up to midterm elections. The average annual return of the S&P 500 in the 12 months before a midterm election is 0.3%—significantly lower than the historical average of 8.1%.”

History also finds that markets don’t care much about the political ideology of a President. According to the 2019 Dimensional Funds report, the market has been positive overall in 19 of the last 23 election years (1928–2016), only showing negative returns four times. But, perhaps surprisingly, markets have historically preferred Democratic Presidents over entire terms. Since 1929, the total return of the S&P 500 has averaged 57.4% under Democratic administrations, versus just 16.6% under Republicans.

That is why, viewed in the context of your long-term retirement portfolio, you need not worry about who controls Congress in 2023 or who becomes President in 2024. Could there be some short-term swings in the stock market? Certainly. Will the name and party affiliation of the next occupant of the White House make a difference overall? No.

As usual, the best way to election-proof your portfolio is to leave it alone. This logical advice can be difficult to believe if your media diet isn’t balanced. Rarely, if ever, do events unfold in the way polarized investors fear.