Problematic money behaviors are never about the money. Frequent readers of this column have seen me write about that over and over again. Suggesting cognitive action steps can only resolve about 20% of these behaviors. 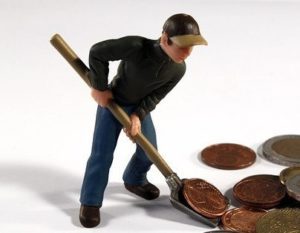 Take, for example, the challenge of making regular contributions to a retirement plan. Some people might respond well to the suggestion to set up automatic monthly withdrawals from their checking account. This may be something they’d never thought of, and a simple call to their bank solves the problem.

Yet for most, that suggestion just doesn’t help. An unlimited number of really good reasons can surface, like contributing to a retirement account is not a good idea, or setting up a monthly draw just won’t work, or the call to the bank never happens.

If someone in this position calls me for help, I struggle with the next question: So what does a person do? What are the next steps? Typically, I explain that the solution does not lie in knowing more information, but in understanding the emotional baggage that underlies the behavior. The best thing to do is call a financial therapist. That’s when the phone gets silent.

It’s frustrating for me to be unable to give some solid actions steps. It feels like a cop-out on my part. What I can do is share a few thoughts from the financial therapist’s tool kit that might help start the process of changing problematic financial behaviors.

The key to understanding and changing problematic financial behaviors is not to have a strong-arm approach to changing the behavior. That might work for a few days or weeks, but it usually doesn’t result in lasting change.

We typically have a strong inner critic that attempts to blame and shame the hurtful financial behavior. Yet how often have you said something like, “There is a part of me that wants to stop (the behavior) and there is another part of me that totally enjoys it.”

It’s useless to shame, criticize, or fight with the part that appears to be the problem. The goal is not to get rid of the part with the problematic behavior or force it into changing. Without a doubt you’ve tried that, and it hasn’t worked. Instead, it helps to start by understanding that every seemingly illogical financial behavior makes perfect sense when we discover the underlying belief held by the part of us that drives it.

The first step to changing a problematic financial behavior is becoming aware of the money scripts, beliefs, and stories held by that part of us. But rarely is awareness enough. The second step is building a relationship with that part of us, bringing curiosity and an attitude of non-judgement to it. You may be surprised to know that every part of us that appears to be the problem really has our best interests at heart.

The financial therapist’s approach is to support you in building a relationship with the various parts of you that drive the “illogical” financial behavior, that criticize and try to control it, or that are really suffering from the pain of the consequences of the behavior. Helping to change a problematic money behavior requires understanding the stories and motivations of many parts of us, not just the part of us driving the behavior.

Finding a quick fix usually doesn’t work. Nor is it effective to think if you can just stop or change the problematic financial behavior then everything else will be okay. Building financial health is not an event but a process. It starts with getting curious about the stories, beliefs, and feelings of the various parts of ourselves that are behind our actions.