Do Overspending and Overeating Go Together? 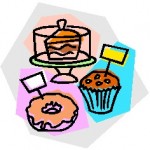 Over the years, I’ve noticed a commonality among people with money problems. Many of them are also overweight. Is there a relationship between overspending and overeating?

Until now, I couldn’t be sure my experience was anything more than circumstantial. But I recently read about a 2009 study done by Dr. Eva Munster at the University of Mainz in Germany. It found that people who were in deep consumer debt were 2.5 times more likely to be overweight than those who were debt-free. This confirms what I’ve observed over the past 15 years.

It isn’t possible to pinpoint one simple reason for this link. Among the causes I’ve seen suggested are overeating because of the stress of being in debt, difficulty buying healthful food with limited income, or an inability to delay gratification in both spending and eating.

Based on my work with people in financial trouble, however, I suspect a deeper root cause. Just as chronic money problems aren’t about the money, chronic weight problems probably aren’t about the food. For supporting evidence, I went to an expert: my daughter. London recently took a graduate-level course in previewing medicine. I asked her what the medical link between overspending and overeating might be. She explained that sugar is addictive and lights up the same part of the brain that narcotics do. It produces a euphoric response within the brain that calls for more of the substance when the euphoria subsides.

She wondered whether people addicted to sugar might overspend on junk food to feed their addiction. They might also spend money they really don’t have on diets, fitness centers, and the higher medical costs associated with being overweight.

I pointed out that I spend a lot on healthy food that costs more than junk food. I also spend money on a fitness center and medical costs to pay for the damage I do to my body compulsively working out. “Well, I guess my argument doesn’t hold much weight,” she quipped.

She pondered for a moment. “Oh, I think I got it. I’ll bet for some people spending money lights up the same part of the brain as sugar and narcotics?”

That is why the key to changing any addictive behavior—eating, drinking, using drugs, or overspending—is not simply about eliminating the substance or the activity. Something else just pops up to take its place. That’s why many people who successfully stop drinking gain weight or get into serious money problems. The brain just substitutes one dopamine producer for another.

The ultimate answer is a sort of “rewiring” of the brain to create new neuropathways that do not require the harmful substance or activity to produce the same euphoric event. The latest research on the brain tells us this rewiring is completely doable.

I’ve seen that permanently changing the most entrenched damaging money behaviors takes more than knowledge about money or budgeting. Experts on obesity tell us the solution to permanently losing weight rarely lies with learning more about nutrition or finding the right diet. Making deep life changes such as these requires looking into the past. This recovery process takes time, effort, and money. It’s a path that many people are just not willing to follow.

But there may be some good news. If the underlying causes for overeating and overspending are the same, then doing the work to recover from one is likely to help someone recover from the other, as well. It’s a sort of “two for the price of one” sale. In terms of long-term financial, physical, and emotional well-being, it seems like a bargain.