Don’t Confuse Me With The Facts: Information Avoidance 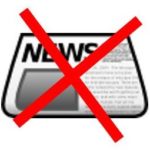 As a young girl my daughter once told me, “Dad, your reality is not my reality.” While at the time I thought it was a cute quip, many years later I am still learning the depth of truth it contains.

One recent reminder is a study published in the Journal of Economic Literature by Russell Golman, David Hagmann, and George Loewenstein of Carnegie Mellon University. Their research found that “information avoidance” is one of the leading reasons people often have widely varying views of what seem like inarguable facts.

Take the issue of well-being, which includes our financial, physical, and emotional health. There is no lack of pertinent data, research, and information available to us that could enhance our well-being. Almost anything we would want to know about making sound financial decisions, maximizing our physical health, improving our relationships, and living a fulfilled life is available with a Google search.

Why, then, would 75% of Americans have to borrow or sell something to raise $1,000 cash? Why are two-thirds of Americans overweight? Why do millions suffer from depression?

According to a March 10, 2017, article at ScienceDaily.com about the Carnegie Mellon study, people make use of very little of the information available to them. In fact, we deliberately avoid information that would enhance our well-being. Why? Because we perceive that information which conflicts with our beliefs or perception of reality will actually threaten what happiness and well-being we perceive we have. It’s reminiscent of the line, “Please don’t confuse me with the facts.”

For example, take one component of financial well-being, becoming financially independent by age 65. If people want to believe they are on track to accomplish this, but fear having to make restrictive and painful adjustments to their current lifestyle if they are not, they may be reluctant to even contact a financial professional to find out the true state of their finances. Instead, we will often grasp at questionable beliefs like, “I will just continue to work in retirement,” even though the evidence shows that only 21% of people are able to work after age 65.

Even when some people find information that conflicts with their tightly held beliefs, they often ignore the information by discounting the source or motivations. “You can’t believe everything you read,” is a common way we discount conflicting information.

Information avoidance can not only harm our individual well-being, it also plays a part in harming our societal well-being. Says Hagmann, “An implication of information avoidance is that we do not engage effectively with those who disagree with us.” Avoiding both people and information that don’t align with our biases is one driver of the political polarization currently splitting the U.S.

He goes on to say, “Bombarding people with information that challenges their cherished beliefs—the usual strategy that people employ in attempts at persuasion—is more likely to engender defensive avoidance than receptive processing.”

My years of experience with clients certainly supports the futility of trying to help people change their financial behavior by telling them what they “should” know or do. Instead, it is far more useful to listen to their beliefs, fears, and goals, and to suggest options and offer encouragement to help them discover their own paths toward financial well-being.