Investment success requires that a person have a high tolerance for boredom, which means turning a deaf ear to the financial press’s investment panic-de-jour. It’s good for your financial health to avoid following the advice of prognosticating financial soothsayers.

Even when one of them is me. 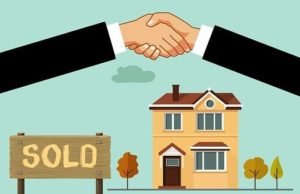 In May of 2020, the financial devastation of the pandemic was unfolding and the impact was largely unknown. Given the economic and physical uncertainty at that time, unless a move was already in the works, almost no one was wanting to buy, sell, or even look at a house. The sales of housing had almost ground to a halt.

It was intuitively obvious to even the most casual observer what the future held for real estate prices. I made a firm recommendation to my clients and readers who could put off a decision to buy real estate, “…to wait a while. Several months from now, the price of that retirement home you want to buy might have fallen significantly.” I predicted prices could fall by “5%, 10%, or even up to 25%, as in 2009.”

And I totally and completely blew it.

Anyone who acted on my advice and waited to buy residential real estate cost themselves a bundle. In the spring of 2020, housing sales declined 18% from March to April and 10% from April to May (when I wrote my warning to readers). Then they shot up 21% in June. Instead of my prediction that house prices could fall by “5%, 10%, or even up to 25%, as in 2009,” they have risen, in some cases, by 10% to 20%. That’s an epic miss by anyone’s standards.

When I discussed this issue with an associate last week, he kindly suggested I was being unreasonably hard on myself. In a March 12, 2021, CNBC article, “The housing market stands at a tipping point after a stunningly successful year during the pandemic,” Diana Olick writes this about the puzzling rise in real estate prices: “No one could have predicted it. Not the economists, not the real estate agents, and especially not the nation’s homebuilders. But a pandemic caused an emotional run on housing unlike any other.”

Okay, it feels a little better knowing I apparently had a lot of company.

The operative word in her statement is “emotional.” I am once again reminded that markets, any markets, are driven by human emotion. The logical part of me rejects that as illogical, yet the fact that emotion drives all markets is inherently logical. And it’s the logicality of human emotion driving markets that makes the impossibility of accurately predicting future market prices totally logical.

Olick underscores the emotions that drove the residential housing market, writing, “The frenzy was hugely emotional, as the nation saw most aspects of daily life suddenly confined to its properties. Space became a major asset. It was also fueled by very attractive mortgage rates, which set more than a dozen record lows.”

Just as money touches every aspect of our lives, so do the emotions that drive our financial decisions. My predictions were historically and logically sound, even obvious. They were, however, wrong. Which is why it’s risky to trust your investment decisions to any experts claiming to be certain about the price movement of any market.