How Much Money Equals Wealth?

How much money do you need to have to be considered rich or wealthy? The best answer is “it depends,” considering your definitions of rich and wealthy. Are they terms defined by one’s net worth, income, or overall wellbeing? Is the context local, national, or global? Depending on the definition, one could qualify as rich in one context and impoverished in another. 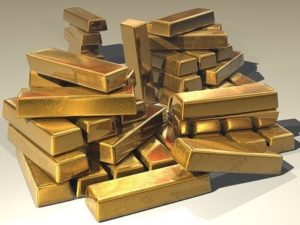 Charles Schwab’s Modern Wealth Survey asked this question of 1,000 Americans between the ages of 21 and 75. The results, reported on July 27, 2020, in a ThinkAdvisor article by Michael S. Fischer, are fascinating.

In 2019, the survey found it took a net worth of $2.3 million to be considered rich and $1.1 million to be financially comfortable.

Why such a huge difference in six months? It couldn’t have been a financial decrease. Someone with their investments in a diversified portfolio in January, when respondents said $2.6 million was rich, by June had only seen their portfolio decline by about 5%, or $130,000, to $2.470 million. The same ratio was true of the financially comfortable portfolio, which declined to $887,000.

Apparently the response was more emotional than logical (imagine that!). Perhaps people just felt poorer in June, or perhaps they anticipated becoming much poorer in the future, which emotionally lowered the bar for qualifying as rich.

I am always curious as to the metrics people use to determine what amount of money it takes to live a “rich” lifestyle. I would love it if the survey asked that question. I find that, when we do some analysis, what appears to be an amount of money that’s considered “wealth” often doesn’t come close to funding a lifestyle that most people consider rich.

For example, a net worth of $2 million at age 65, invested in a risk-free 30-year Treasury bond yielding 1.5%, would provide an income of $83,300 a year until age 95. Adding an average Social Security benefit of $24,000 to that brings the retirement income up to $107,300 a year. While that provides a comfortable, but not exactly opulent, retirement lifestyle in Rapid City, SD, it doesn’t go very far if you live in San Francisco.

Similarly, the net worth of $655,000 that June respondents considered financially comfortable would provide a guaranteed income of $26,400 a year for 30 years. Combined with the average Social Security benefit, this would come to $50,400 a year. Again, location matters. While $50,000 year will provide a very comfortable retirement in South America and a reasonably comfortable one in South Dakota, it isn’t going to go far in San Francisco.

Not surprisingly, 57% of respondents said the pandemic had financially affected them or a close family member, with 55% saying they or a family member had experienced a layoff, salary cut, or reduced work hours.

Perhaps the most significant result from the surveys came from respondents’ rating of the most important factor in their overall happiness. Both before and after the pandemic, relationships were the most important and health was second. Money came in third.