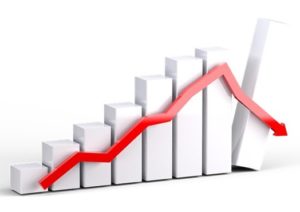 While I would like to believe the lack of panic among our clients last March was directly related to our efforts to educate, I think the short 11-day bear market didn’t give people much time to react to fear.

Today, only a small percentage of alarmed investors I have talked with recently seem worried about the market hitting all-time highs. The majority of those considering wholesale portfolio changes are largely focused on political concerns, including the collapse of US financial markets and US political stability.

Worries of collapsing financial markets come from fear that financial markets are rigged in favor of large institutions and the uber wealthy and fear of hyperinflation driven by the trillions of stimulus dollars being injected into the economy. The fears of political unrest and instability stem from concerns that the US voting system is inherently corrupt and the January 6 insurrection at the US Capital.

Whatever the focus of investors’ fears, the response is the same: sell out some or all of a diversified portfolio and go to cash, gold, and silver.

This radical diversion from a well-constructed and diversified portfolio is understandable, given the underlying fears. If I believed that most of these events were likely to happen, I would do the same. Long-term investment success inherently demands social and political stability, fair and free markets, and a stable currency.

However, I don’t believe our markets are “rigged,” though they do have restrictions and controls to maintain stability. Nor, despite my deep concern about the recent attempts to destabilize our republic, do I believe we are on the precipice of anarchy.

Our rising debt gives me more concerns around igniting potential inflationary pressures than how we will pay it back. Paying back any dollar-denominated debt is not a problem for the Federal Government, which can create dollars with the stroke of a computer key. However, I don’t fear that the almost $5 trillion in past and new stimulus spending will result in hyperinflation. In 2008 we spent $4 trillion propping up the economy. Hyperinflation didn’t happen then, for a number of reasons I didn’t understand at the time.

A simple way of explaining inflation is “too many dollars chasing too few goods.” Right now the US has ample dollars, there is not a lot of chasing (rising demand with no increase in supply), nor are there too few goods (full employment and no capacity to increase production).

We have learned from 2008 that creating trillions of dollars does not inherently mean hyperinflation. Japan’s debt level is over double ours. In a 30-year deflation, they’ve been trying unsuccessfully to create inflation.

If you are convinced runaway inflation is coming, you would want to own TIPS, gold, commodities, absolute return strategies, money market, and maybe some real estate. Other modifications could be to put your bond allocation completely into TIPS.

I do recommend owning these asset classes in most diversified portfolios as an inflation hedge. However, I am not willing to bet my retirement on hyperinflation by owning them exclusively.