For elderly people facing the reality of diminishing capabilities, a service that can help maintain their independence is ridesharing.

Ridesharing is hardly news for most Americans, particularly those in urban areas. After all, it has been around for a decade. In more rural areas of the US, however, ridesharing is just becoming an option. 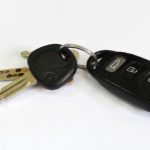 In my home town of Rapid City, South Dakota, for example, Lyft started operations only recently, and Uber will begin this September.

Many of us in rural parts of the US, myself included, use ridesharing primarily when we travel. It has changed the way I travel in large cities, and I appreciate it for its convenience, flexibility, and economical cost.

For many others outside of big cities, however, especially senior citizens, ridesharing has the potential to be a game changer for those willing to take advantage of it.

There are a lot of emotional benefits and pitfalls to ridesharing for seniors. The greatest benefit is that, instead of relying on the gratuity and schedules of friends, family, and limited public transportation, they can literally reclaim most of the freedom they once had when they could drive. This alone can be uplifting and empowering. It allows seniors who may be isolated socially to reenter their communities and gives them a renewed sense of independence and autonomy.

However, I find many seniors emotionally resistant and reluctant to embrace the benefits of ridesharing. Many fear the unknown and unfamiliarity of ridesharing. Using the app inherently means owning a smart phone, which many seniors resist. Even those who have smartphones may feel overwhelmed about downloading and learning the app. This is where reaching out to younger family and friends to show you the ropes can be critical.

Another factor that often contributes to reluctance to use the freedom and convenience of ridesharing is a money script of frugality. The assumption may be “I can’t afford it.” While this can be absolutely true for some, many who could easily afford ridesharing also buy into that belief.

Economically, using ridesharing can cost the same as or less than owning a car. This is especially the case if you don’t have a demanding schedule and your need for transportation is moderate for activities like grocery shopping, medical appointments, and occasional social events.

Let’s assume you average one 10-mile round trip per day, or seven per week. If you owned a car the gas would cost $50 a month. Insurance could run about $100. Oil, changing tires, servicing, and periodic repairs could average another $50 a month. That’s a total of $200 a month in out-of-pocket costs. The biggest cost is the depreciation on your car. Let’s assume your car is worth $20,000. You could expect it to depreciate 1% per month or around $200. That puts the total cost of owning the car at $400 per month.

Ridesharing costs about $7.00 each way when you are traveling up to 5 miles. That puts the daily average cost at $14.00 per trip, or $420 a month, about the same cost as owning a car—and a cost that could be covered for months through selling your vehicle.

Ridesharing can open up a whole new world of convenience, autonomy, and choices. Its benefits can even be a matter of life and death when seniors reach that difficult time when they can still legally drive but in reality they should not. With physical impairments like deteriorating vision and slower reaction time, driving means putting themselves and others at risk. Having the option of ridesharing can make that tough decision to give up driving just a little easier.