Money And What Makes Life Worth Living

What makes life worth living? This question is at the heart of financial life planning and financial therapy. 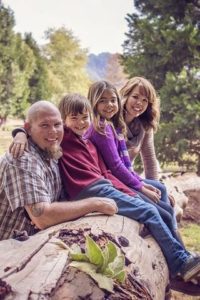 I remember my late mentor Dick Wagner, CFP, talking about reviewing a person’s financial statement during a visit to Japan. Along with the normal categories of assets was one headed “Worthliving” that had no dollar amount associated with it. Dick asked what that category meant. His host answered, “Those are the assets that make life worth living that are priceless and can’t quantitatively be measured by financial means, like family, health, occupation, etc.”

As Dick told the story, money was never mentioned as part of the “worth living” assets. I was left wondering where the Japanese ranked financial assets. Were they inclusive or exclusive of what made life worth living? What do people around the world value in life?

A recent study by Pew Research Center, November 18, 2021, on “What Makes Life Meaningful?’ finally resolved my curiosity. The survey asked respondents from 17 developed nations to rank 17 topics for their importance in bringing meaning to their lives. On a global basis, family was the number one source of meaning in life, followed by occupation/career. Material (financial) wellbeing was ranked third, with friends fourth and mental and physical health fifth.

When it comes to wellbeing there are three major categories: emotional, physical, and financial. In the survey, family and friends show up as separate categories from mental health. I would argue that they are a component of mental health. When combined in that manner, emotional wellbeing would be number one, followed by financial wellbeing, with physical wellbeing finishing third.

Some would argue that spiritual wellbeing is a fourth leg of wellbeing. While I wouldn’t strongly disagree, I think it’s more of a subset of emotional wellbeing. Interestingly, the survey did include spirituality, faith, and religion as one of the 17 categories. Globally, it ranked as 16th in importance, just ahead of pets. Respondents in the U.S. were alone in ranking spirituality in their top five, at fifth.

The U.S. was also one of the six countries that didn’t rate physical and emotional health in their top five. Finishing out the top five for the U.S. was family as first, friends as second, financial wellbeing as third, and occupation as fourth.

The study showed few differences between men and women in regard to what gives them meaning. Younger people tended to emphasize friends, education, and hobbies while older people were more likely to list health. Those who are politically left leaning were more likely to cite nature, friends, and hobbies as sources of meaning, while those on the right mentioned religion, freedom, and independence more often.

This survey is a reminder of the importance of those aspects of life that give it meaning. And money touches all of the top five things that survey participants ranked as making life meaningful. While a dollar bill probably doesn’t bring meaning, what that dollar can buy does. In almost every country, we need money to support our family, spend time with friends, care for our physical needs, and access every one of the other 16 sources of meaning on the survey list. At the heart of your financial plan needs to be what brings meaning to your life.