A popular money script is to assume that fame, accomplishments, and excellence in one’s field equate to financial security. Like any money script, this can be true in some cases and incorrect in others. But it is interesting to me that the common attitude  is that such a person is financially secure, until proven otherwise. 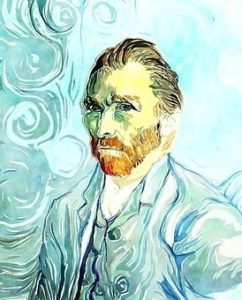 I was reminded of this assumption recently when I read a news story about an elderly businessman who was soliciting donations to support himself in retirement. He was well known and respected in his town and state for his skill and accomplishments. He received a number of awards, recognitions, and accolades during his career. Yet, in his closing years, he is penniless. His family has started a GoFundMe page to solicit contributions to help him make ends meet.

In discussing his plight over “coffee by Zoom,” a friend of mine asked, “How is it that someone who’s been so successful for so long has no money?”

The ability to create wealth, but then to manage it very poorly, is actually widespread. Many famous and successful people died penniless. While Vincent van Gogh’s paintings sell for millions now, he died broke, largely from overspending on his many addictions. Rat pack legend Sammy Davis Jr. died owning millions. Omar Sharif, star of Laurence of Arabia and Doctor Zhivago, died alone and broke. President Ulysses S. Grant died penniless. Mark Twain filed for bankruptcy and spent the rest of his life paying back creditors.

If you equate being a professional athlete with riches, you may be surprised to learn that, according to a CNBC report from May 2018, 78 percent of former NFL players go bankrupt or are under financial stress within two years after retiring. Of course, there are many unknown highly accomplished people that never earned millions and died penniless.

These cases highlight the importance of the definition of “success.” There is a vast schism between technical excellence, fame, or mastery of a vocation and turning that achievement into financial success and security. You can become the best of the best at your craft and profession and still be broke.

Conversely, many people who are not famous and may not necessarily be leaders in their fields have become financially successful. You may never have heard of Aliko Dangote (food processing and cement distribution), David Sun and John Tu (technology), Jack Cowin (fried chicken and food processing), Mohed Altrad (scaffolding), or James Leprino (mozzarella cheese). All of these people are self-made billionaires.

Or to consider a much more achievable level of financial success, there were 18.6 million millionaires in the U.S. in 2019, according to Forbes. They may be wage earners, business owners, at the top of their careers, or in a variety of everyday jobs. Most are completely unknown; some are probably your neighbors.

Many  otherwise highly accomplished, brilliant, and successful people lack one of the most important survival skills: the ability to manage money. Money management skills are not intuitive. We are not born with them; they must be acquired. Yet as critical as this skill is, money management is not a required course in any K-12 school, technical college, or liberal arts university of which I am aware.

The ability to achieve career excellence and recognition is admirable. Yet it is only one part of life success. Financial excellence is important, too. Money skills matter. With those skills, anyone can end up providing well for themselves and their families and also supporting and giving back to their communities. Without those skills, even someone famous may end up relying on government services and the generosity of others.