My State Flunked Financial Literacy. How About Yours?

My CFP peers across the nation are probably tired of hearing me sing the praises of living in South Dakota. One of them recently emailed some disturbing news that put some sour notes in my “South Dakota is God’s Country” song. A recent national survey that ranked the financial literacy of US states and the District of Columbia ranked South Dakota at 49th. 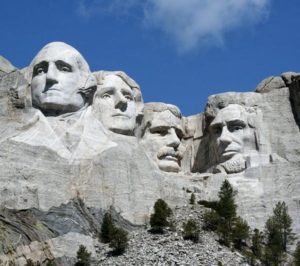 You can test your financial literacy by taking the 30-question WalletLiteracy Survey. Even as a financial expert, I didn’t get a perfect score, but I was relieved to score a 97%. South Dakota ranked 39th in this evaluation.

The Financial Planning & Habits survey rated 10 areas. The share of adults who spend more than they earn, that had rainy day funds, and were saving for their children’s college education accounted for 50% of the total score. South Dakota embarrassingly ranked a dismal 50th.

The Financial Knowledge & Education section rated seven areas. Having received a good grade in your high school financial literacy course, graduated from high school, and earned a bachelor’s degree from college accounted for 75% of the score. This was South Dakota’s best showing at 22nd.

Unfortunately, when the scores in those three areas were combined, South Dakota ranked an embarrassing 49th in the nation, just ahead of Louisiana and Arkansas. The other states in the bottom 10 were Oklahoma, Alaska, Mississippi, West Virginia, Connecticut, New Mexico, and Washington DC.