No Free Lunch, No Free Investing

“There ain’t no such thing as a free lunch,” my Grandpa once told me. The adage suggesting you can’t get something for nothing seems to have bitten millions of unwitting investors who used a popular trading platform. 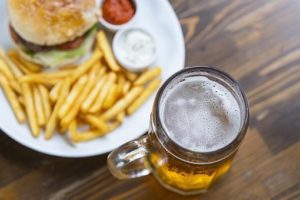 This summer, my 19-year-old son proudly informed me he was a Tesla owner—the company, not the car. Knowing Tesla was selling around $200 a share, I asked how many shares he purchased. He said “$15 worth. I don’t know how many shares that is. I found an app called Robinhood that allowed me to buy any amount I wanted.”

In the ensuing weeks, he checked the price of his purchase daily, watching his $15 run up to $22 and then slowly fall back to $14. Prior to this experience, his investments were diversified index funds that tended to be far less volatile. The daily volatility turned out to be too much for his young stomach to handle. He sold out his position in Tesla at $14.53 to realize a $0.47 loss and concluded, “I am not doing that again.”

Robinhood revolutionized the way small and younger investors can buy and sell stocks, options, and cryptocurrency by eliminating minimum purchases and trading fees. The app, with its name implying it takes from the rich and gives to the poor, makes it easy and fun for anyone to invest.

How does a free app make money? Saloons of the 1890’s gave away a lunch with every drink purchased. The free food was heavily salted, which resulted in the patrons buying a lot more high-priced beer than they planned.

Similarly, Robinhood used the concept of a heavily salted “free lunch” by using gaming-type experiences that encouraged their customers to trade more frequently and invest in higher-risk investments like bitcoin and options, all of which made the company more money.

Robinhood made much of their money by auctioning off their customer’s trading orders to the firm that would pay them the most money, resulting in the worst deal on pricing for their customers. The SEC said Robinhood’s customers paid over $34 million more than they would have paid with other brokerage firms that charged fees.

What got Robinhood into trouble with the SEC was misleading consumers by not disclosing that customers paid the highest possible prices for the shares they purchased and received the lowest price for those they sold. The company agreed to pay a $65 million fine to settle the charges.

In contrast, Fidelity recently rolled out four fee-free mutual funds, called ZERO funds. The expense ratio to investors is 0.0%. It will still cost Fidelity between 0.01% and 0.0525% to have the ZERO funds managed. How Fidelity will make money is clearly disclosed: the company hopes investors will also invest in other funds with higher management fees, or place some stock trades at $5 a trade. It will also keep most of the interest on any excess cash left in customer accounts.

Before you sign on for financial products or services that are “free,” it’s wise to clarify how the company or person is making their money. If the answer is not clear and understandable, move on. The chances are that you’ll end up with the lowest overall cost by paying a fully transparent and disclosed fee.

Because Grandpa was right. There’s no such thing as a free lunch.