Pandemic Fraud About Greed, Not Capitalism

I pay a lot of attention to current events, both domestic and global, consciously choosing to consume a balanced diet of news sources that lean left, right, and in the middle. Even with trying to look at issues from both sides and be aware of my own biases, I still often find myself talking back loudly to news commentators. 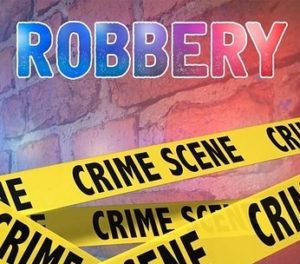 A recent example of this was my reaction to a cable news story segment on “capitalists” who cashed in on the pandemic and were responsible for the deaths of thousands of Americans. That got my attention.

One such “capitalist” was Robert Stewart, who the commentator reported received $34.5 million in 2020 from a “no-bid” government contract to supply six million N95 masks to the VA. What followed was an interview with David McSwane, a reporter with ProPublica and author of a new book, Pandemic, Inc: Chasing the Capitalists and Thieves Who Got Rich While We Got Sick. Having not yet read the book, I am not criticizing McSwane’s research or reporting. What made me angry is the way his title associates “capitalists” and “thieves.”

Intrigued, I researched this story and discovered that Stewart never collected the $34.5 million because he never delivered any masks. He didn’t even own a mask manufacturing plant. What he did was defraud the SBA of $805,000 in PPP loan money, the EIDL program of $261,000, and the VA of $74,000 in medical and educational benefits. None of these facts were reported in the cable news story.

The story was right about one fact: Stewart was a thief. His story is not an example of capitalism gone wrong. It is about fraud and corruption—criminal offenses having nothing to do with capitalism. Behind the fraud we find greed.

Greed and corruption are not tied to particular economic models. They are aspects of human nature that have been with us for millennia. Whether people live under a capitalistic, socialistic, or communist system—or in a Stone Age tribal group—greed is alive and well in all of them. Every human being experiences it in some way and on some level. It has been considered one of the seven deadly sins since the early days of the Christian church.

Selfishness and greed are found in all parts of society. So are generosity and altruism. All these traits appear in some business owners and wealthy people as well as some low-income workers. Human nature, not an economic system, is what lies behind profiteering, cheating, and fraud—just as it lies behind giving and helping others.

For this reason, capitalistic countries do not allow an “anything goes” environment but operate with a level of government regulations such as pure food and drug laws and oversight of financial institutions. If capitalism isn’t working, it’s often a result of government trying to over-control the production of goods and services through increased regulations. This takes away one of the necessary components of capitalism, which is freedom and competition.

In Stewart’s case, the primary problem was the government, during the urgency of the pandemic, doing an end-run around getting competitive bids from thoroughly vetted suppliers. A true competitive marketplace results in improved goods and services and lower prices.

In order to flourish, capitalism requires freedom. In order to thrive in the long term, it also—as any successful business owner or other capitalist could testify—requires virtue and integrity.