We may not hear talk-show participants shouting these opposing views at each other with the same level of anger that characterizes some of our political rhetoric. Yet the core polarization that pervades so much of today’s society also shows up in people’s beliefs about money. 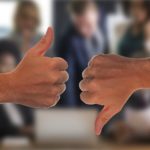 I saw this polarization recently in a conversation with a group of friends in Europe. The topic of money came up, as it usually does when people find out one of my specialties as a financial advisor is financial therapy. The thinking of my friends was that money is meant to be spent, not saved. They felt that people who saved money were faithless and greedy hoarders who by their saving threatened the economic system.

At the other extreme, I know other people who strongly believe a person’s first duty is to save and invest. According to them, those who don’t save as much as possible for emergencies and retirement are foolish, deluded, irresponsible, and destined to live out their last days in poverty.

Like most other forms of polarized thinking, neither of these extremes is right. Nor is either belief wrong.

Money does need to be spent. The health of our economic system depends on transactions. It’s important that money flows through the selling and buying of goods and services. When a significant number of consumers stop spending, economic activity grinds to a halt. We saw the effect of this in the financial crises of 2008. It’s also important to spend money to take care of ourselves and our families. Saving or investing money to a point that we go without adequate food, shelter, health care, or similar necessities is not healthy.

Money also needs to be saved to provide a cushion against emergencies and to provide for our needs in retirement. My European friends enjoy a higher certainty of adequate income in retirement. For them, this is the universe providing, a strong government security net. However, those that live in many Asian countries are assured very little, if anything, in the way of retirement income. For them, the universe comes up short and depends upon the generosity of family to provide. Saving in an Asian culture is therefore much more important than if you live in a Scandinavian country.

Saving and investing for retirement is important for those of us in the US, as well. Without it, we face two dubious prospects: we can depend on family to provide or we can eke out a meager living on a Social Security payment of around $2,000 a month in retirement.

Ideally, from this balanced middle ground, someone can also see past the limitations of others who are polarized. Those who believe “Money is meant to be spent” or “Money is meant to be saved” have a world view that results in such an extreme position. Labeling them as “wrong” is not a useful way to try to shift anyone’s polarized beliefs.