Real Estate Buyers Are Liars–Or Not

Tyler and Kirsten’s family was growing. They had one child, another was on the way, and they agreed that they might eventually want a third. Their two-bedroom house would not suit their needs much longer; it was time to look for something bigger. 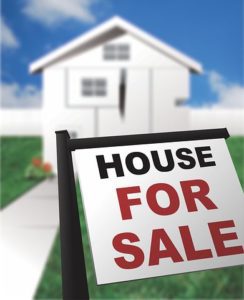 Before they contacted a real estate agent, they made a list of what they wanted in a house: a newer home with a functional floor plan, no fix-up needed, four bedrooms, a two- or even three-car garage, close to schools. Their budget was $400,000. They wanted the new home to be a place they could live for decades.

After looking at several houses, they narrowed their options down to two. The first house ticked all their boxes. It was just five years old, well built, and located in a typical subdivision. The floor plan was functional, with four bedrooms and a three-car garage. Its $375,000 price was within their budget and, at the lower end of the price range for comparable homes, it represented a great value.

The second home was one the agent had hesitated to show them, as it didn’t fit their requirements. It was a storybook-looking, two-story house nestled among mature trees on a beautiful two-acre lot. Yet it had only a one-car garage and just three bedrooms. It was 75 years old and needed probably around $50,000 worth of modernization. The floor plan “had character” but wasn’t the most functional. The price, at the high end of its range, was above their budget at $425,000.

When comparing the two houses, the first one was the obvious “no brainer” best fit for their needs. Tyler and Kirsten chose the second house.

Their real estate agent was not shocked by this apparently illogical decision. To her, Kirsten and Tyler were just confirming a well-known real estate adage: “Buyers are liars.” It’s not uncommon for buyers to choose a house that doesn’t match what they say are their requirements.

Why do so many home buyers not follow their own criteria? Actually, their choices are usually not illogical at all, considering that 80 to 100% of financial decisions are made emotionally, not logically.

Given flexibility in financing, most home buyers make their decisions emotionally rather than practically or financially. Of course, this does not mean buyers are really liars. On the contrary, they are always acting in congruence with their deeply held beliefs. It might be more accurate to say, “Buyers don’t always act in their best financial interest,” or, “What buyers logically think they want isn’t always what they really want.”

This is not necessarily wrong or bad. In fact, major decisions like buying a house often require an emotional component in order to fully meet our needs. We are not just looking for a house that is logically the right size or in the right location, but one that we can emotionally connect with, or “feel at home in.”